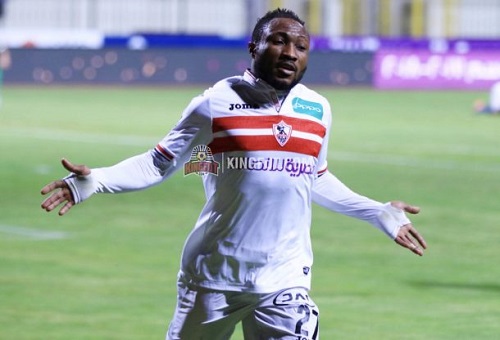 Egyptian giants, Zamalek, have been given 30 days within which to pay $1.1 million to their ex-Ghanaian player, Benjamin Acheampong, or face transfer ban.

The decision which as taken by the Disciplinary Committee of FIFA who found the club guilty of forcing the player to terminate his contract due to the club’s action.

It would be recalled that in 2018 the player terminated his contract with the Egyptian club citing lack of payment, exclusion from training and from the squad for his second season at the club.

"Zamalek Sports Club is granted a final deadline of 30 days as from notification of the present decision in which to settle said amount," FIFA's Disciplinary Department wrote to the concerned parties on March 1.

"Upon expiry of the aforementioned final deadline and in the event of persistent default or failure to comply in full with the decision within the period stipulated, a transfer ban will be pronounced until the complete amount due is paid."