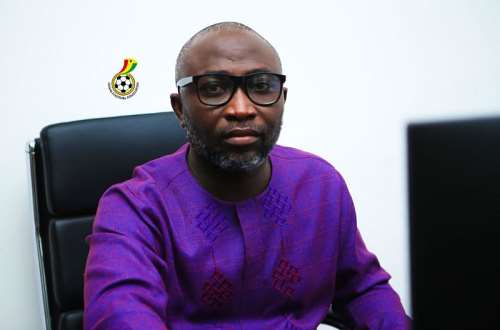 Ghana’s Premier League clubs are divided over whether to trigger certain clauses in their contract with Chinese-owned broadcast company, StarTimes, following their delay in releasing the second tranche of their sponsorship cash.

Last week, the General Secretary of the Ghana Football Association (GFA), Prosper Harrison Addo, was said to have implored the clubs to accept 50 per cent of the $10,000 expected by the clubs while they awaited the rest because the parent company of StarTimes, the league's Official Broadcast Partner, had delayed in releasing the funds.

Although some clubs were skeptical about the amount because it breached the contractual agreement between them and the Chinese company, others are willing to partake of it because they believe half a loaf is better than none.

"Per the arrangement we were supposed to receive $10,000 but unfortunately what they are saying is they are expecting some money from their parent company in China and it's not yet in, so we should make do with the $5000. Because of the COVID it looks as if every company is in financial crisis," the source noted.

"Under normal circumstance it (money) should have been all (full payment) for the second round, but you know this country and lack of sponsors so you make do with whatever you have. I am sure going forward things will be reviewed to favour the clubs in a way," the source said.

But the FA is urging the clubs to accept the 50 per cent of the second tranche with the explanation that the parent company of StarTimes was under some financial difficulties and could not immediately release the second tranche in full due to the COVID-19 pandemic.

This explanation was said to have been accepted by some clubs while others are taking it with a pinch of salt because they believe once StarTimes has flouted the contractual agreement, they must be made to face the full consequences irrespective of COVID because they would have done same if the FA had failed to fulfill their obligations.

According to the source other clubs, particularly the smaller ones, feel the absence of sponsorship in the league makes it unwise for anyone to pursue any legal action against the only sponsor as they will not support any call to invoke any sanctions in the contract.

“People have expressed their misgiven about the delays so maybe when we go for ExCo meeting we’ll be talking about it”.

“In every contract there are releases and as soon as you breach it anything can happen, but you know because there are no sponsors, we find it difficult to interpret the full details of the contract and apply the sanctions”, the source stated.

Meanwhile, when an official of the StarTimes was reached for the company's side of the story, the official said StarTimes dealt directly with the FA and not individuals and directed the Graphic Sports to contact the local football governing body for further clarification.