Chelsea will be our next victim - Faisal coach 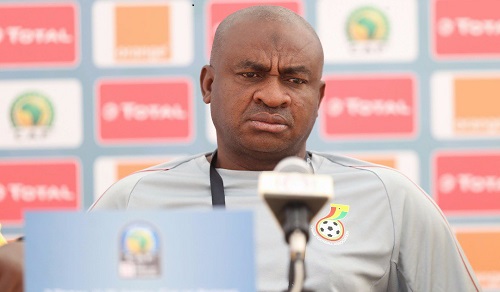 The technical team and players of King Faisal have vowed to add Berekum Chelsea to their victims at the Berekum Golden City park this afternoon.

Coach Nurudeen Amadu of King Faisal told the Daily Graphic that his players had been taken through tactical discipline, right strategy, game plan and good conditioning to put them in the right frame of mind for this tough away battle.

“We’ve psyched up the players to appreciate that every match will be tougher than the previous one, hence the need for them not to be complacent but be combat-ready to stay on course so far as our target is concerned,” he revealed.

He said having defeated all their three opponents so far, Faisal had become the target of all teams in the Ghana Premier League (GPL), hence the need to adopt a tactical approach that would put them ahead of their opponents to help maintain their 100 per cent record in their fourth league match .

“After winning our first three matches, we know that we have become the target for other clubs,  so we need to intensify our  effort. We are not going to be complacent in any way, but will display  high performance match after match,” he observed.

“We now appreciate that our performance in each game should be better than the previous one so we would not be found wanting so far as our target to finish in a respectable position in the league is concerned,” he said.

Coach Nuredeen explained that unlike last season, they had attached much importance to the organisation structure of the team, recruited quality players and had also been making much input into their preparation towards matches.

Away from this cagey duel, the top liner of the fourth week fixtures will see defending champions, Hearts of Oak, storming the Obuasi Len Clay Stadium on Sunday in pursuit of their first win of the season against Ashantigold.

Coach Samuel Boadu has come under intense pressure after three successive draws which have created tension in the Phobian family following the good form of their bitter rivals, Asante Kotoko, who currently top the table with the nine maximum points.

After taming debutantes, Goldstars, with a 1-0 away win at Bibiani last week, Kotoko will return to the Baba Yara Stadium in Kumasi tomorrow hoping to secure a home win over visiting Techiman Eleven Wonders.

At the Accra Stadium on Sunday, third-placed Great Olympics will clash with fifth-placed Dreams FC in a close contest, while  Aduana FC clash with Real Tamale United at the Nana Agyemang Badu I Park at Dormaa-Ahenkro tomorrow.

The Akoon Park in Tarkwa will also witness a thrilling encounter between Medeama SC and Karela United in a Western North derby on Sunday, while Legon Cities play away to West Africa Football Academy (WAFA) at Sogakope on Sunday.