Young Ghanaian boxer gets schorlaship to study nursing in USA 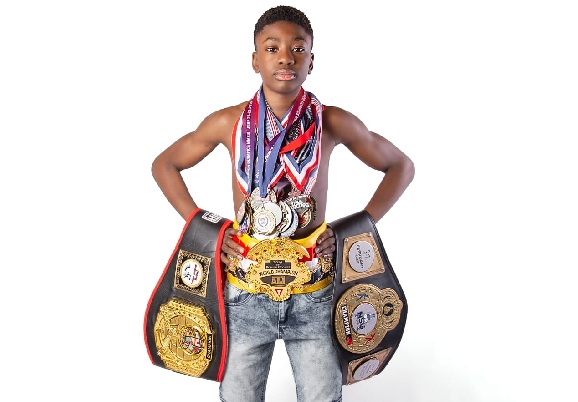 Awinongya Jnr, a seven-time US national boxing champion, believes his dream of becoming a medical practitioner after hanging up his gloves up is on course.

Having been honoured by the USA Boxing, Illinois Association for becoming the 2020 National Silver Gloves Champion, Awinongya Jnr said he was focused on dedicating his future to medicine to make his parents proud.

The 13-year-old told The Mirror from his Illinois-base that seeing the brave fight by nurses and doctors during the COVID-19 pandemic had motivated him to study nursing at the Joliet Junior College as the first step to achieving his dream of becoming a medical practitioner.

“I am excited to have been nominated for the scholarship and I am looking forward to taking advantage of that to become a medical practitioner in future.

“Seeing doctors and nurses fight to save lives in this COVID-19 era has really motivated me to follow my medical profession dream after my boxing career,” Awinongya Jnr noted.

However, Awinongya Jnr hoped sharing his story would inspire young people to follow their dreams for the future.

Jojo, as he is affectionately called by his peers, has pledged his commitment to continue working harder to qualify for the 2028 Olympic Games while he studiously pursues his college education.

He aims to win big at the Olympics and then focus on becoming a world champion at the professional ranks in the coming years.

The juvenile boxer thanked boxing enthusiast and businessman Alhaji Inussah Sally for the tremendous support since he took up the decision to chase a career in the sport.

He also lauded the roles played by the legendary Azumah Nelson and former Black Stars skipper Asamoah Gyan for their contribution to his boxing career.