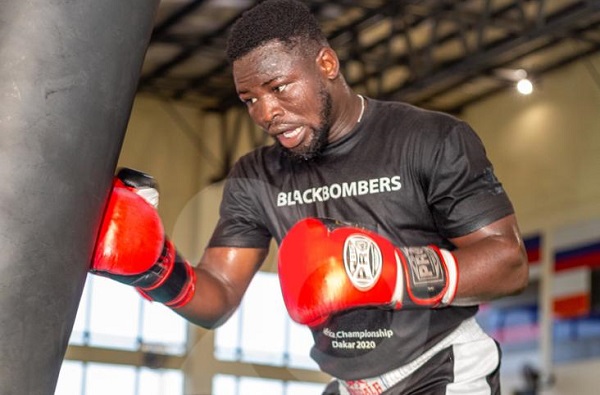 OLYMPIAN Shakul Samed has signalled the end of his amateur career, saying he would have nothing do with the national amateur boxing team again after suffering a shock elimination against Jonathan Tetteh in the final of the National Amateur Boxing Championship staged at the Bukom Boxing Arena in Accra last Friday.

In a keenly contested light heavyweight bout, Tetteh stunned the 2020 Tokyo Olympian with a 3-2 win and booked his ticket to join the Black Bombers team for the upcoming Commonwealth Games in Birmingham, England.

Thirteen boxers, including three female fighters, registered their names in the Black Bombers team at the end of the championship.

However, the Ghana Boxing Federation (GBF) President, Bernard Quartey, who was unimpressed about the quality of boxing on the final day, which was marred with crowd violence, told the Graphic Sports that the boxers would have to justify their inclusion into the national team at another trial to a date to be determined later.

"This is the final but we want them to know that nothing is conclusive yet and they must justify their inclusion in another competition we are going to hold soon," he said.

In all 146 bouts were staged over a period of two weeks and was climaxed last Friday by a 91kg super heavyweight clash between Daniel Plange and David Bawa, which the latter won 4-1.

In the first bout, Wisdom Barnor lost a 2-3 split decision to George Nii Nortey in a lightweight contest; Theophilus Allotey beat Ebenezer Ankrah 3-2 in a flyweight clash while Abraham Mensah made light work of Benjamin Lamptey with a 4-1 feat in a bantamweight fight.

Bawa Sheriff beat David Amen in a middleweight contest before Anane Kutsoke scored a 3-2 win over Benedict Badoo in their heavyweight clash.