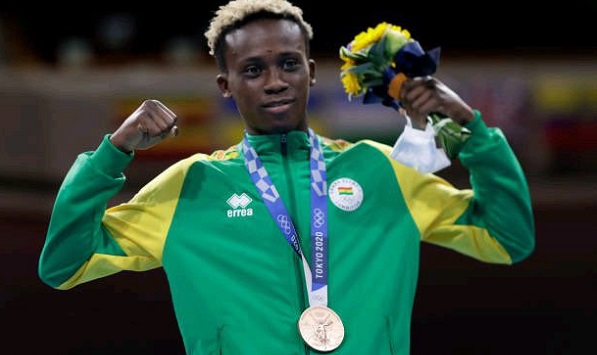 He said Takyi, 21, whom he was currently managing, was eager to make his debut and ready to take the world by storm.

The youngster was initially expected to make his debut in January but that grand entrance into the professional ranks would have to delay for another month.

“Takyi will be making his professional debut on April 15, the date is tentative but it is likely to remain so, he will show the world what he is made of,” the boxing legend told the Graphic Sports in Accra last Wednesday.

Quartey noted that Takyi’s work ethic and training regimen, including hitting pads and mitts, had been impressive and the youngster had shown a lot of improvement since turning professional.

“Takyi has improved a lot since becoming a professional, he has learnt a lot, he is now a master in the game and you will love to watch him on his debut on April 15,” he told the Graphic Sports.


“We will be having a press conference next week to formally announce to the public about the bout and other undercards,” he added.

Takyi became the first Ghanaian to win a medal at the Olympics in three decades, after grabbing a bronze at the Tokyo Olympics Games.

Afterquitting amateur boxing, he joined the camp of former welterweight world champion Quartey who said he believed the youngster would have a great future and “has the capacity to become a world champion in future”.