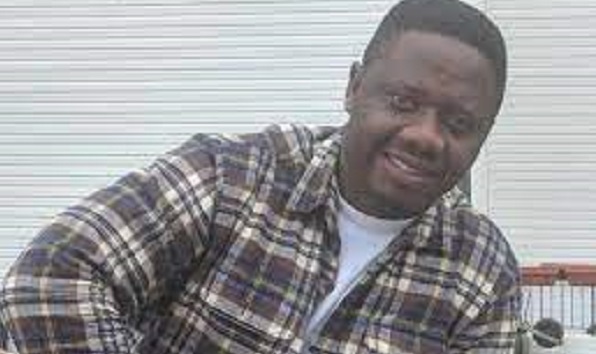 Carl Lokko- Wants to be in Emmanuel Tagoe's corner during the fight
30.5k Shares

RENOWNED boxing trainer, Lawrence Carl Lokko, has said he is looking forward to travelling to the United States (US) to be in the corner of Emmanuel ‘Gameboy’ Tagoe ahead of his upcoming world title eliminator against Ryan Garcia on April 9 in San Antonio, Texas.

Lokko, under whose guidance Tagoe trained at the Bukom Boxing Arena in Accra for two months before the boxer returned to his US base on February 15, said it would be helpful for his compatriot to have a countryman in his corner for the biggest fight of his career.

The head trainer at the Bronx Boxing Club in Accra has been with Tagoe since his early days with the Black Panthers Boxing Club at Jamestown.

In an interview with the Graphic Sports, Coach Lokko described Tagoe as a loyal sportsman who did not forget his roots.

He explained that he was ready to join the boxer in the US for his final preparations before Tagoe would go toe to toe with Garcia.

“We have discussed that and I am willing to be in his corner for the fight because our working relationship dates back from his early days at the Black Panthers Boxing Club.

“It will be good to have your countryman in your corner especially someone you have worked with for a very long time so I am looking forward to that task on April 9,” said Coach Lokko.

Tagoe has the best opportunity to get a world title shot if he can upset the boxing world by beating undefeated Garcia in their eliminator in Texas.

The Ghanaian has been out of the ring for over a year since last earning a majority decision victory for Mason Menard in November 2020.

Meanwhile, the 23-year-old Ghanaian has been inactive for over 15 months and looking to use the Tagoe bout as a tune up ahead of a possible showdown with unified lightweight champion George Kambosos Jnr.