Boadu, others for Coach of the Month award 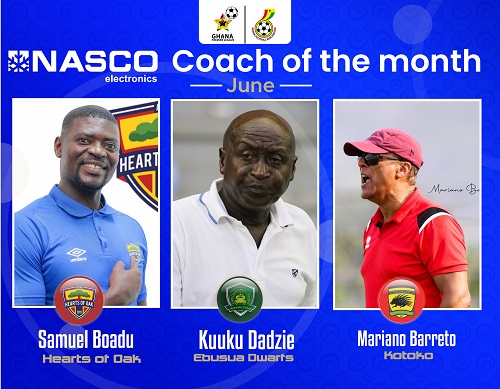 Coach Samuel Boadu who guided Accra Hearts of Oak to their 21st Premier League title in 11 years has been nominated for Coach of the Month award.

This will be the second time running the ex-Medeama gaffer has been penciled for the award after he picked it last month.

He will be competing against Portuguese trainer and Asante Kotoko coach, Mariano Barreto and Coach James Kuuku Dadzie of Ebusua Dwarfs.

During the month under review, Coach Boadu guided Hearts of Oak to three wins and a draw, Barreto led the Porcupine Warriors to win three game and lost one same as the Dwarfs gaffer who lost one out of the four games for the month of June.