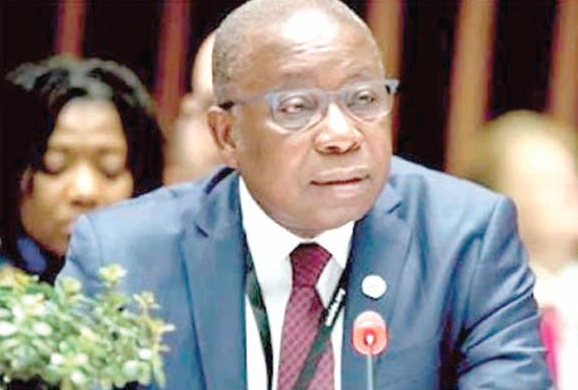 Parliament last Friday marked World Cancer Day with a call for the establishment of a sustainable cancer fund for the treatment and support of cancer patients in Ghana.

The Members of Parliament (MPs), who made the call, said almost every single medical treatment for all forms of cancer was very expensive, from laboratory tests, CT scan, radiation treatment, surgical operations and post-operative treatment.

They, therefore, said until a sustainable fund was set up, many people would not be able to access early treatment, thus seeking medical care only when their conditions had deteriorated.

The MPs who made the call included the MP for Nabdam (NDC), Dr Mark Kurt Nawaane; the MP for Daffiama-Bussie-Issa (NDC), Dr Sebastian Sandaare, and the MP for Nhyieso (NPP), Mr Stephen Amoah.

The MPs made the call after the New Patriotic Party (NPP) MP for Suhum, Mr Kwadjo Asante, had presented a statement on the floor to commemorate World Cancer Day, which was celebrated on the theme: “Together, all our actions matter!”

Presenting the statement, Mr Asante said cancer was ranked as a leading cause of death among non-communicable diseases in the 21st century.

In Ghana, he said estimates suggested that the disease was expected to increase continuously due to lack of awareness and ignorance of the symptoms and other risks factors such as alcohol, smoking, poor dietary and unhealthy lifestyles.

He, therefore, urged the House and Ghanaians in general to take active part in supporting and leading the campaign to accelerate further progress for a world without cancer by constantly reflecting on what they could do to reduce the impact of cancer on individuals, the country and the world as a whole” he said.

Contributing to the statement, Dr Nawaane, who is a medical doctor, expressed concern about expensive medical bills associated with cancer treatment, especially prostate cancer in men and breast cancer in women.

He spoke about the huge cost that came with undergoing CT scan, radiation treatment and surgical operations to remove affected cells to control the spread of the disease in the body.

“With increasing average life expectancy, we should expect more cases of cancer. So, it is high time we looked for a very good cancer fund that will help those who have got cancer to be able to access treatment or else we will continue to diagnose them and continue to do all that we need to do.

Dr Sandaare, who is also a medical doctor, said he was worried about the high occurrence of cancer among Ghanaians and Africans.

The situation, he said, had compounded the challenges facing healthcare facilities that were already plagued with many infectious and non-communicable diseases.

"As a country, we have to invest more in cancer care and research to ensure that we have enough data on cancer patients. I know the Ministry of Health has a policy on cancer care but the challenge is inadequate funding,” he stated.