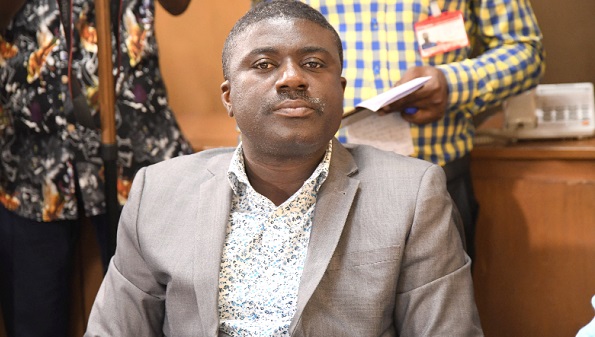 The Electoral Commission has urged stakeholders, particularly the political parties, to support its proposal to close the 2024 polls at 3 p.m. instead of 5 p.m.

A Deputy Chairman of the Commission, Dr Eric Bossman Asare, said the proposal to close the 2024 polls at 3 p.m. was to prevent electoral violence and ensure that results were declared on time before darkness set in.

Speaking at a multi-stakeholder session to strengthen partnership for the prevention of conflict and violence in elections in Ghana yesterday, Dr Asare said most cases of violence that occurred in previous elections happened in the dark after 5 p.m, hence the proposal to change the closing time to 3 p.m. which had been captured in its new constitutional instrument yet to be laid before Parliament.

“Apart from preventing violence, it will encourage counting to be done early and we will be able to announce and declare the results much earlier.

“The Commission has also said that once you are in the queue at 3 p.m., you will be allowed to exercise your franchise,” he said.

He further urged legislators to approve the new constitutional instrument when it got to Parliament.

Jointly organised by the National Centre for the Coordination of Early Warning and Response Mechanism (NCCRM), the National Peace Council (NPC) and West Africa Network for Peacebuilding (WANEP), the stakeholder engagement seeks to support stakeholders to identify key challenges within the democratic space and proffer solutions to ensure peaceful electioneering processes in Ghana.

The engagement, which was funded by the European Union and the German Development Cooperation (GIZ), is also to strengthen collaboration and partnership among the stakeholders to contribute to peaceful elections and democratic transition in the country.

The Director of NCCRM, Col. Joseph Kelvin Merdiema, explained that it had become necessary for all stakeholders to collaborate on how best to approach the 2024 elections.

He added that the implementation of early warning and response systems was crucial to prevent conflict and violence in elections.

The implementation of the early warning and response systems will help to identify risks and vulnerabilities that impact human security in the country and disseminate warnings timely through standardised and reliable communication systems to reach decision-makers and those at risk.

The National Coordinator of WANEP, Albert Yelyang, underscored the need to address the legacy issues of the 2020 elections such as the pockets of violence recorded in some constituencies to be addressed ahead of the next election.

All stakeholders, he said, must take strategic measures to avoid violence.

He further urged the National Peace Council to build rapport with the political parties and other key stakeholders ahead of the 2024 elections.

The Executive Secretary of the National Media Commission, Yaw Sarpong Boateng, called on all stakeholders who formulate public policy, particularly in relation to public safety, to mainstream media in the discussion, analysis and in their communication.

“Too often, people see the media as an instrument they need to use; what they do not notice is that the same degree of intellectual analysis resides with the media.

“You will fail if you exclude the media from the analysis and think that you can use them when you are done with all the analysis to project your analysis of the situation,” he added.