Parliament trims budget for Office of Government Machinery by GH¢17million 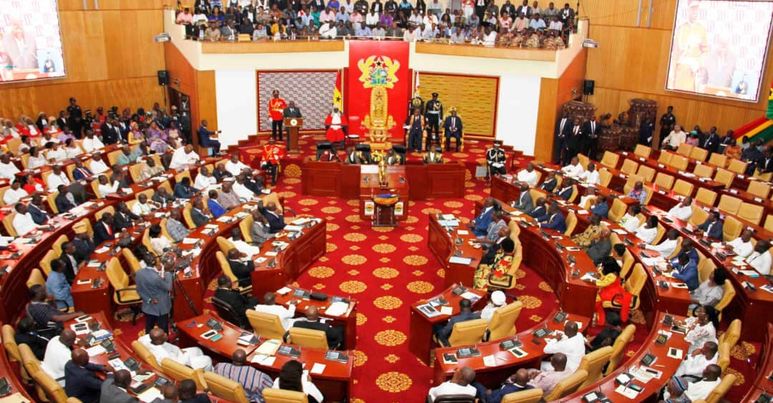 Parliament has trimmed GH¢17 million from the budget estimate for the Office of the Government Machinery for the year 2023.

The House considered that some of the allocations to two units under the Office of the President - the Special Development Initiatives and the Monitoring and Evaluation secretariats - were frivolous expenditures, especially at a time when expenditure rationalisation was of utmost importance.

“The recommendation of the budget approved by the committee is less than the amount requested by the Finance Minister,” he stated.

“The committee, after thoroughly considering the estimate, came to a consensus that the national development authorities established by law are capable of managing their affairs without the need for a bureaucratic secretariat to coordinate and at times duplicate the functions of these authorities while ambulance operations ought to be properly handled by the National Ambulance Service and not the Special Development initiative secretariat.

“Also, the Monitoring and Evaluation function is performed across ministries, departments and agencies and metropolitan, municipal and district assemblies and hence there is no compelling need to maintain the secretariat for same, especially in an era where expenditure rationalisation is of utmost importance,” he stated.

The Ranking Member, Dr Cassiel Ato Forson, was happy that the committee was able to save that amount.

“Mr Speaker, we think this is needless and we think that the time has come for us not to behave as robber stamp but to cut needless expenditures anytime we see them.

“Mr Speaker, this is one of the needless expenditures and we felt strongly that there is the need to send the signal that if you bring frivolous expenditures, we will cut them,” he said.

Dr Forson told the House that the Monitoring and Evaluation Secretariat used to be a ministry but was disbanded by the President, with the personnel of the ministry being employed under the Presidency and doing virtually nothing.

Earlier, the House also put on hold the approval of over GH¢2 billion budget estimate for the services of the Finance Ministry for 2023.

That was after the Minority had raised concerns about the allocation of GH¢1 billion for resource mobilisation by the ministry within the estimates.

The Minority urged the Finance Ministry to provide the needed details to justify the allocation, failure of which it would not support the budget approval.