No same-sex marriage under my Presidency — Akufo-Addo 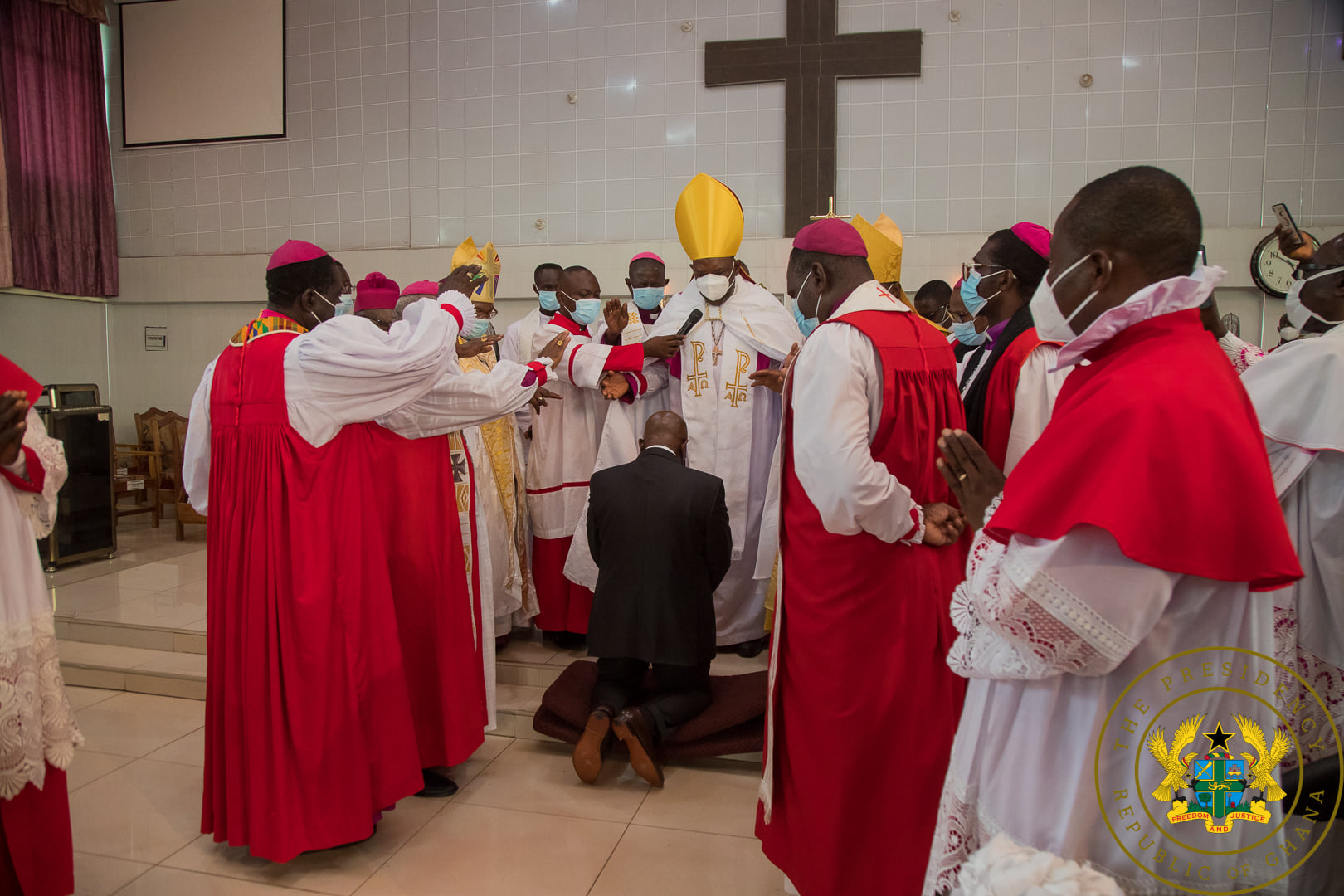 President Nana Addo Dankwa Akufo-Addo has said same-sex marriage will not be legalised in Ghana under his watch.

“I have said this before and let me, in conclusion, stress again that it will not be under the Presidency of Nana Addo Dankwa Akufo-Addo that same-sex marriage will be legalised in Ghana. It will never happen in my time as President.

“Let me repeat, it will never happen in my time as President,” he emphasised.

President Akufo-Addo, who described himself as “a devout Anglican”, said this at the installation and enthronement of Most Rev. Dr Cyril Kwabena Ben-Smith, as the Archbishop of the Anglican Church in Ghana at Asante Mampong in the Ashanti Region last Saturday. 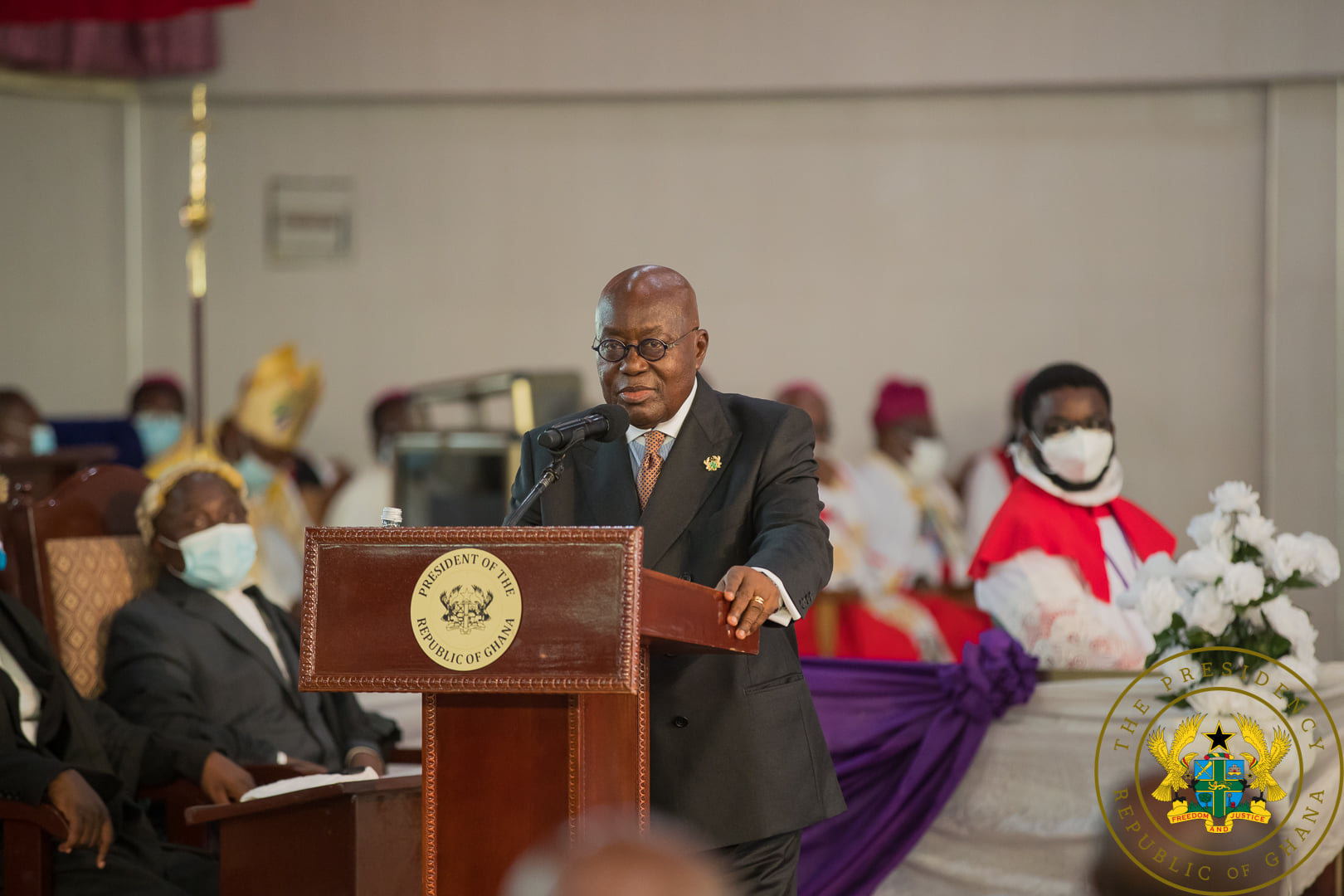 President Akufo-Addo first gave the clearest indication that the government had no plans to change the existing laws of the country to legalise same-sex marriage on Thursday, August 9, 2018, at the Synod of the Global Evangelical Church in Accra.

“And let me assure that this government has no plans to change the law on same-sex marriage. We have no authority, and we will not seek any authority to do so,” he added.
Recently some people believed to be same-sex marriage practitioners supported by diplomats of some European countries, opened an office in Accra to offer support to Lesbians, Gay, Bi-Sexual, Transgender, Queer and Intersex (LBGTQI) persons.

Upon learning of the incident, the owner of the building issued an eviction notice and with the assistance of a task force closed down the office.

Aside from condemnations from a lot of Ghanaian, both the Christian and Muslim leadership have insisted that the activities of the LBGTQI members were alien and an affront to the religions, traditions and culture of the country.

Some ministers designate and Members of Parliament have also condemned attempts to bring such alien culture to the country.

President Akufo-Addo urged members of the church to unite and assist in the propagation of the gospel of Christ to win more souls to serve God and country.

“Please, pray for me, pray for the government and the people I have appointed to various positions that we exercise our responsibilities with humility and integrity and pray for the country that it remains united and continue to strive for progress and prosperity,” he said.

Tracing the history of the Anglican Church in Ghana, the President said the church had grown from a humble beginning to become one of the largest congregations in the country.

He commended successive priests and congregations for their many years of service and fellowship to the church.

“The Anglican Church has been a good example of what it means to love one another and give cheerfully to those in need and I have no doubt that the legacy of ministry and compassion will long grace this church,” the President said.

He cited Colossians 23 verses 23 and 24, which says: “Whatever you do, work at it with all your heart, as working for the Lord not for human masters since you know that you will receive an inheritance from the Lord as a reward. It is the Lord Christ you are serving”.

President Akufo-Addo further said the growth of the church should be measured not only in the number of followers, but also in the quality of members dedicated to upholding the virtues of Jesus Christ and also working towards building a prosperous country.

He described the decision of the new Archbishop to establish a national provisional secretariat of the church in Accra as significant, saying it would help strengthen Anglicanism in the country and also ensure unity of the Anglican community for growth.

The President made a personal donation of GH¢100,000 towards the realisation of the project.