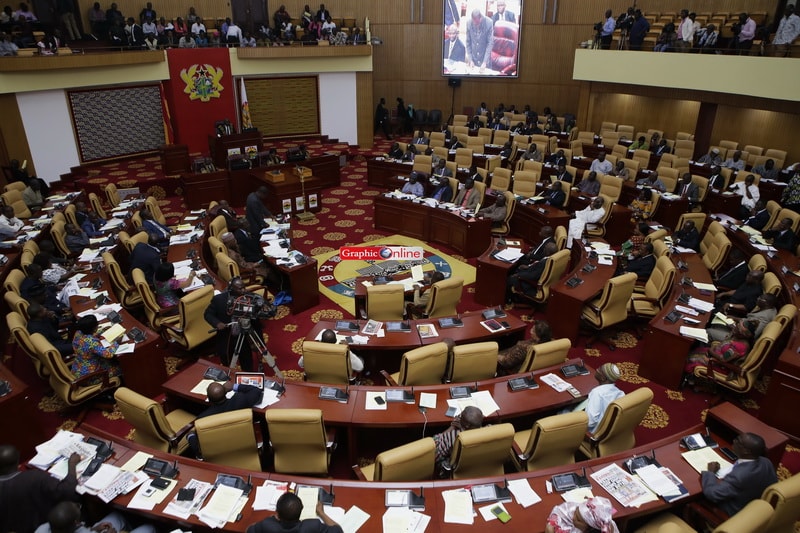 Members of Parliament (MPs) from the Minority side on Thursday boycotted the 2020 State of the Nation Address (SONA) by President Nana Addo Dankwa Akufo-Addo.

Clad in black, the Minority MPs chanted the National Anthem as they walked out of the chamber shortly after President Akufo-Addo took his seat Thursday morning in the chamber.

The National Democratic Congress (NDC) MPs last week announced that they would boycott the 2020 SONA if government failed to release five per cent of the District Assemblies’ Common Fund (DACF). 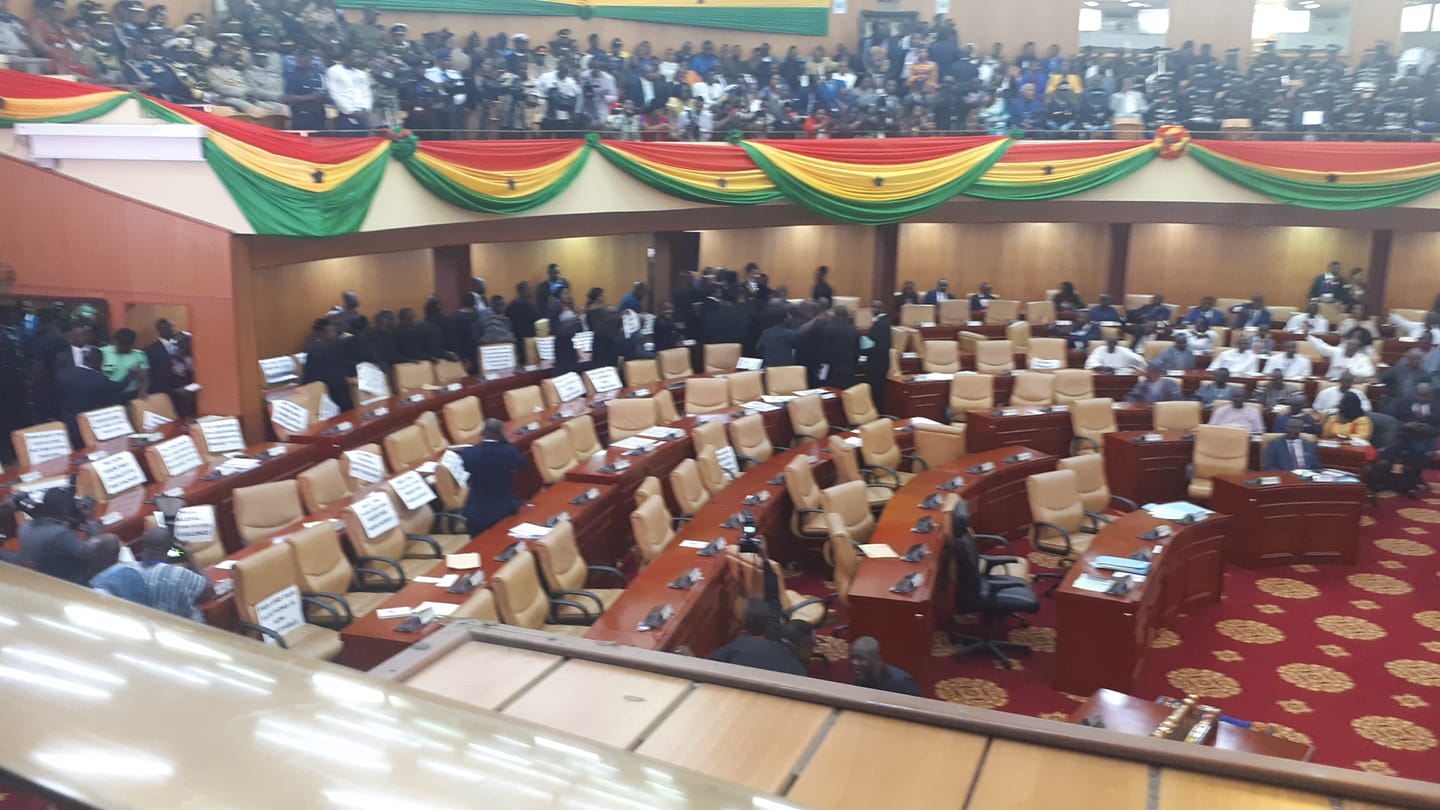 In 2013, the New Patriotic Party (NPP) Members is Parliament who were then the Minority, in a similar move boycotted the State of the Nation Address delivered by the then President John Dramani Mahama.

Their action was in line with their position not to engage in any act that would appear to give legitimacy to Mr Mahama’s presidency until the Supreme Court ruled on the petition brought before it which was then challenging the results of the 2012 presidential election.