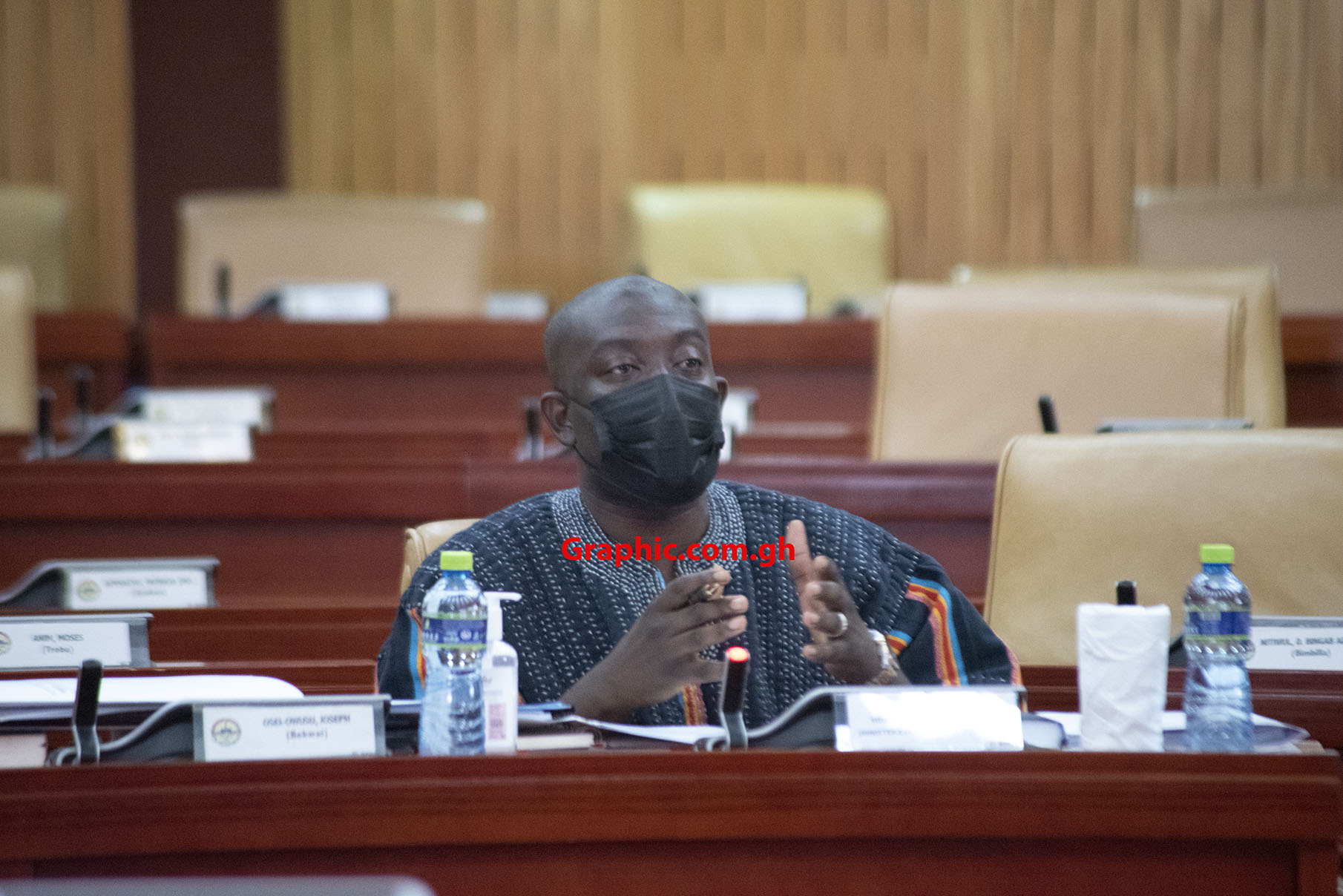 The Minister designate for Information, Mr Kojo Oppong Nkrumah, has proposed a legislation against the advocacy of Lesbian Gay Bisexual and Transgender (LGBT) activities.

He said given the current advocacy around the legalisation of homosexuality in the country, there was the need to consider passing a law that tackled the promotion of such activities because the practice in itself was culturally unacceptable and was contrary to section 104 of the Criminal Offences Act, 1960.

Mr Nkrumah, who is also the Member of Parliament (MP) for Ofoase Ayirebi, was responding to questions when he took his turn at the ministerial vetting before Parliament’s Appointments Committee on Thursday, February 18, 2021.

His comments followed reports of the participation of the European Union (EU) in the opening of a new office space for the Lesbian, Gay, Bisexual Transgender and Queer Intersex (LGBTQI) community in Accra.

Mr Nkrumah’s comments also followed what the Minister designate for Gender, Children and Social Protection, Ms Sarah Adwoa Safo, told the Appointments Committee during her vetting that the criminality of the activities of LGBTQI groups in the country was non-negotiable.

She said not only did the Ghanaian culture and customs frown upon such actions but it was also criminal under the laws of the country.

“The issue of LGBTQI is an issue that when mentioned creates some controversy but what I want to say is that our laws are clear on such practices. It makes it criminal. On the issue of its criminality, it is non-negotiable; on the issue of cultural acceptance and norms too these practices are frowned upon and that is my stand on it,” she stated.

Mr Nkrumah indicated that the practice was alien to the customs and tradition of the country and it was for this reason that laws must be passed to deal with persons who advocated and promoted the practice in the country.

Ghana has consistently taken a strong position against homosexuality.

In November, 2011, then President Prof. J.E.A. Mills stated that the United Kingdom could not impose its values on Ghana, insisting that he, as President, would never legalise homosexuality.

During an interview with the BBC, Prof. Mills said he would not succumb to threats by the then UK Prime Minister, David Cameron, to cut aid to countries which failed to respect gay rights.

While admitting that Mr Cameron was entitled to his views, Prof. Mills stated that the UK Prime Minister had no right to "direct to other sovereign nations as to what they should do" especially as Ghana’s norms were against homosexuality.

"I, as President, will never initiate or support any attempt to legalise homosexuality in Ghana," Prof. Mills said.

In 2018, President Nana Addo Dankwa Akufo-Addo said it would not be under his presidency that same-sex marriage would be legalised in Ghana.

A statement from the Presidency said the President’s position was in response to misinterpretations by his political opponents on some comments he made on homosexuality during an earlier interview with Al Jazeera in 2017.

“For the avoidance of doubt, President Akufo-Addo has never stated anywhere that under his presidency, men will marry men, and women will marry women,” the statement signed by Eugene Arhin, the Director of Communications at the Presidency, said.

Responding to a question on whether the media was under attack in the country, Mr Nkrumah said it had come to his attention during his tenure that there was a perception of an attack on the media but stated that that could not be the case.

He said the Ministry of Information, through the National Media Commission (NMC) had introduced a coordinated mechanism for safety of journalists initiative to train and protect journalists in the line of duty.

“It was my initiative and I brought on board the Ghana Journalists Association, the Ghana Independent Broadcasters Association and the NMC to explore the framework. It went to Cabinet and got approved for the NMC to implement it.

“The ministry has provided the NMC with resources to be able to implement this mechanism so that when a journalist is attacked, they can investigate and validate whether it was one of the false stories, coincidence or true,” he stated.

He called on corporate entities and institutions to support the NMC with resources so that they could deliver of the coordinated mechanism.

On whether the closing down of radio stations constituted an attack on the media, Mr Nkrumah pointed out that although the media were not required to obtain a licence before they operated, there were some who wanted to operate an electronic spectrum and as such must get authorisation.

“We still continue to encourage that they should reapply and the National Communications Authority will be obliged to provide them with the necessary spectrum authorisation,” he stated.