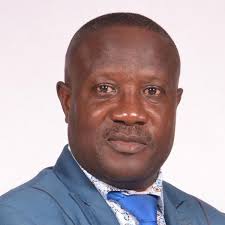 A group of young members of the New Patriotic Party (NPP) in the La DadeKotopon Constituency in the Greater Accra Region have called on the national leadership to sanction Reverend Solomon Kotey Nikoi, the MCE, and Kingsley Addison, the acting Constituency Chairman for causing the defeat of the party and its parliamentary candidate in the constituency in the 2020 General Election.

The group named NPP Youth of La also accused the two of deliberate falsehood and perpetuated actions that deprived the party of its best candidate who could have won the parliamentary elections.

“Somewhere in 2018, the current MCE, Reverend Solomon Kotey Nikoi, and then constituency chairman, in collaboration with the current acting constituency chairman, Mr Kingsley Addison, arising out of egos and unnecessary turf struggle, hatched a diabolical, destructive and divisive plan to make sure Honourable Vincent Sowah Odotei, who was the then  MP, was humiliated and did not have the chance to contest the 2020 election, thereby depriving the party of its best candidate for the election,” the release noted.

Further complaints
According to the group, the MCE and acting chairman excluded a section of NPP constituency members from the 2020 campaign and hijacked the affairs of the party in the constituency that hurt the party’s chances.

“The acting chairman also went to the extent of rejecting cash and other logistics the MP offered to support polling agents and other party officials,” the statement read.
The group blamed the MCE and acting chairman of not speaking to constituents about the unprecedented achievements of the government in the constituency and failed to launch an effective campaign.

Call for investigations
The group called for a thorough forensic investigations into the conduct of the MCE and the acting chairman, and called all who were involved in making the party lose the election in the constituency to be brought to book.