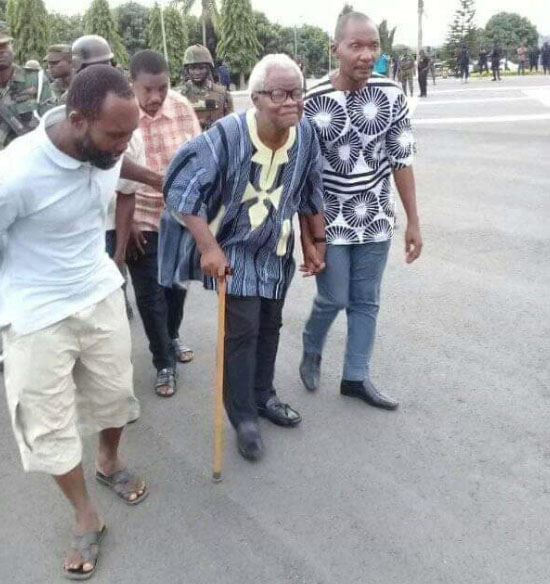 The eight, led by their chairman, Mr Charles Kormi Kudzodzi [Papavi Hogbedetor], an octogenarian were picked up in Ho on Sunday evening by a combined team of armed police and military personnel and airlifted to Accra. Follow @Graphicgh

The police administration has explained that it arrested the eight leaders of the group agitating for the restoration of the Western Togoland as an independent state from Ghana because they were planning to declare independence on Thursday, May 9, 2019.

The eight, led by their chairman, Mr Charles Kormi Kudzodzi [Papavi Hogbedetor], an octogenarian were picked up in Ho on Sunday evening by a combined team of armed police and military personnel and airlifted to Accra.

This is the second time members of the group have been arrested in a similar fashion.

According to the police, intelligence had gathered sufficient evidence including a constitution, national emblem and anthem prepared by the eight arrested persons and others for their supposed new country.

In a statement signed and issued by Assistant Superintendent of Police (ASP), Mr Simon Tenkuu from the Police Public Affairs Directorate, the police said the activities of the arrested persons also included “illegally recruiting and training young people in a ‘militia-style’ for them to form a core of their supposed country’s armed forces and police force.”

The group, Homeland Study Group Foundation (HSGF), based in the Volta Region has the aim to fight to get the Volta Region to secede from Ghana to declare independent country called “Western Togoland” out of Ghana.

The police administration has assured the public that “any person who is found culpable of wrongdoing would be dealt with according to the law and is, therefore, urging the public to volunteer information on the group, its leaders and members to the police."

The HSGF has been demanding the secession of the Volta Region and parts of the Northern, North East and Upper East Regions from Ghana to become the Western Togoland state as soon as possible.

They claim that residents of the Western Togoland voted to become a union with the Gold Coast (now Ghana) but the union had not been established up till now and that Ghana opted to be a unitary state under the plebiscite in 1956 [referendum] to be in union with a common constitution with the WesternTogoland and the Gold Coast but there had been no unionized constitution up to date.

The group further claims that the Western Togoland was not incorporated in the act establishing the Gold Coast by Queen Elizabeth of the United Kingdom.

It has been calling for the declaration of Western Togoland which is perceived as stretching from Kulungugu in the Upper East Region to Keta in the Southern coast by the Atlantic ocean as a sovereign state.

According to the group the Gold Coast voted to be a unitary state on July 12, 1956 while the Western Togoland voted to be in union with Ghana on July 9, 1956 and that the union had not been established till now. 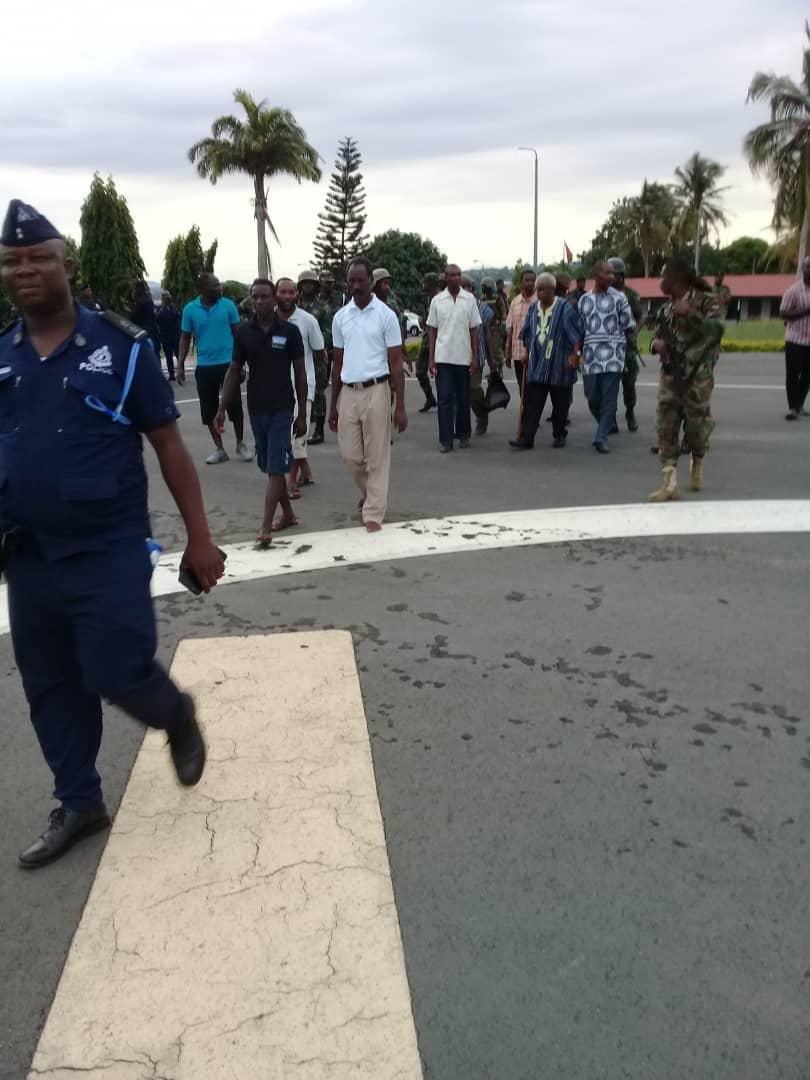 The eight, led by their chairman, Mr Charles Kormi Kudzodzi [Papavi Hogbedetor], an octogenarian were picked up in Ho on Sunday evening by a combined team of armed police and military personnel and airlifted to Accra.