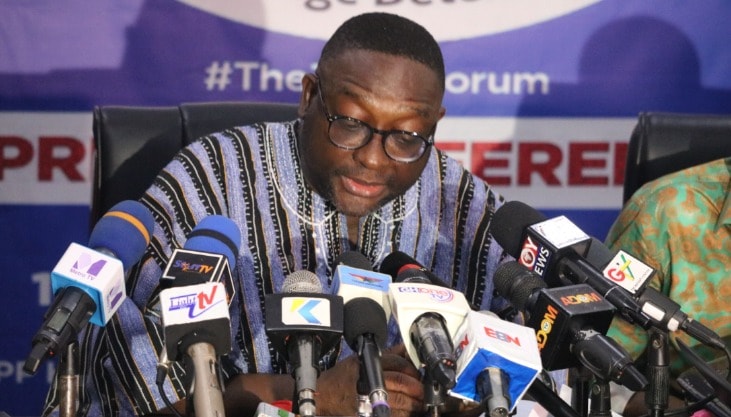 The Director of Communications of the New Patriotic Party (NPP), Yaw Buaben Asamoah has accused the National Democratic Congress (NDC) of fomenting an imaginary chaos to discredit Ghana's electoral system to the international community.

Reacting to an earlier press briefing by the opposition NDC which accused the NPP of being behind the violence that erupted at the residence of its candidate, Mr Kwasi Delali Brempong, in the ongoing Ayawaso West Wuogon by-elections, Mr Buaben Asamoah said such flimsy allegations should not be used to destroy the image of the country.

He also advised the Executives of the NDC, who he described as cowards to resign their posts for cowardly abandoning their followers during their first challenge; a by-election.

"It wouldn't be beyond them if they should resign because, leadership which is starting out their first challenge in a by-election and they create chaos, imaginary chaos and they walk out of the field and leave their people on the field. I think they have failed and they should unashamedly resign their positions".