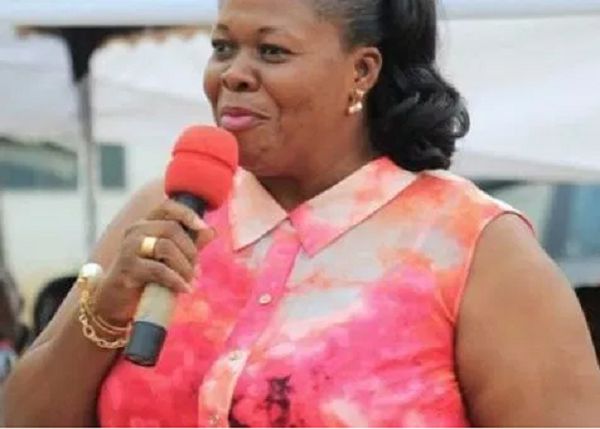 The Bono Regional Minister, Mrs Evelyn Ama Kumi-Richardson, has appealed to panellists on radio talk shows to avoid the use of intemperate and foul language since they do not help the cause of peace in the region.

“There must be decorum during all political discussions on all radio stations to ensure that peace prevails in the region and in the country as a whole,” she stated and expressed the hope that with a collective effort, there would be progress in all sectors of the regional economy.

During her maiden media encounter on her assumption of office, Mrs Kumi-Richardson impressed upon of the various FM stations to ensure that their hosts moderated their discussants and contributors to avoid the use of abusive language.

The media encounter with the minister and her deputy, Mr Siaka Stevens, who also assumed office recently, was aimed at soliciting, sharing and discussing issues geared towards the revival of socio-economic activities and total development of the region.

Mrs Kumi-Richardson said abusive language often used on the airwaves did not help the course of peace and must, therefore, be avoided in the country’s current democratic dispensation that ensured the protection of the fundamental human rights of individuals.

According to her, the Regional Security Council (REGSEC) would support the law enforcement agencies to adopt robust measures to stop these negative activities to save forest reserves in the region from further destruction.

Mrs Kumi-Richardson also expressed concern about the numerous chieftaincy and land disputes that were affecting development of the region.

"Owing to the serious security implications associated with these conflicts, it is my wish that the Regional House of Chiefs and other stakeholders will fashion out strategies towards finding solution to these conflicts," she said.

Mrs Kumi-Richardson promised to work in accordance with the vision, policies and programmes of the President, Nana Addo Dankwa Akufo-Addo, which focused on the proper use and management of the country’s own resources for socio-economic development.

She mentioned the construction of roads, bridges, schools, hospitals and the implementation of interventions such as the  Free Senior High School Policy, Planting for Food and Jobs among others as her priority.

She said she would seek to ensure the compliance and proper functioning of all agencies of , as well as the 12 municipal and district assemblies in the region to ensure was brought to the doorstep of the people.

“I will need the support of the media to achieve this mandate through educative and informative programmes and feedback for us to know where there are lapses in order to find remedial measures to address them,” she said.

She said several programmes had been outlined by her office, including the inspection of various projects in communities in the region and soliciting suggestions and recommendations from the stakeholders to develop the region.

Mrs Kumi-Richardson called on all stakeholders, including the security agencies, political parties, traditional authorities, religious leaders and pressure groups to channel their energies towards the attainment of peace in the region and to be development-oriented.

She encouraged people in the region to forget the things of the past and forge ahead for the development of the community and not their self-interest.