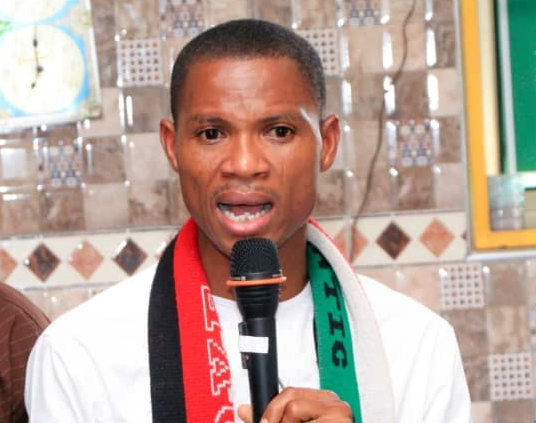 The National Democratic Congress (NDC) Member of Parliament for the Madina Constituency, Francis Xavier Sosu, has hit back at the Ghana Bar Association’s (GBA) condemnation of some statements he made suggesting that judges were politically motivated in the discharge of their work.

The GBA in a statement Monday described as “unprofessional, unfortunate, irresponsible and distasteful”, Mr Sosu’s comment that some judges have become political in the line of work and that such judges would be treated as such.

In response to the GBA’s statement, Mr Sosu while condemning the Association for what he described as its failure to safeguard the country’s democracy noted, “I stand my statement any day, any time.”

“The statement was a conditional statement and no amounts of twists and turns will extricate judicial officers and judges who would allow themselves to become agents of political partisan agenda,” he added.

The GBA in its statement on Monday noted that per the 1992 Constitution judges were not elected into office and for that matter, their tenure of office was not tied to the tenure of the political regime under which judges were appointed.

But Mr Sosu in his response expressed his disappointment in the leadership of the GBA, saying that the Association “has reduced itself to yet another useless institution of our democratic process in these days and times. Unfortunately, the leadership's release shows the extent to which they are politically affiliated and bias as Leaders of the Bar Association.”

He further reiterated his statement, saying that, “in my respective view, partisan judges have no business being on the bench. If you are a judge with sympathies towards SAC or NPP or CPP or any known political party in Ghana and you allow yourself to be influenced in anyway for a political outcome, then you are not fit to be a judge.” 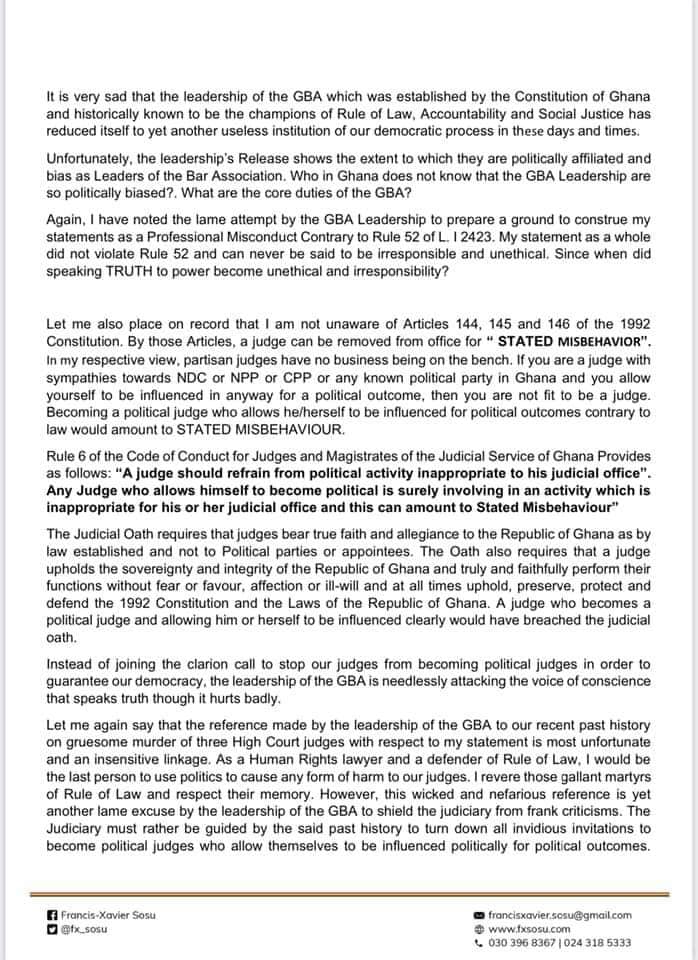