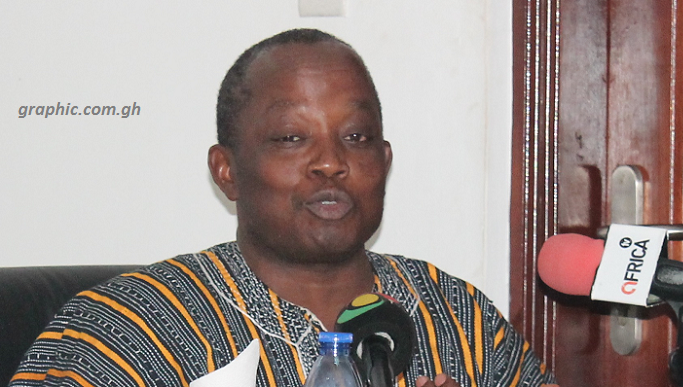 The Auditor-General, Mr Daniel Yaw Domelevo, will be returning to work on Wednesday, March 3, 2021.

This is after exhausting his 167 accumulated leave days leave which he started in July last year following a directive from President Nana Addo Dankwa Akufo-Addo.

Mr Domelevo had been asked to go on the compulsory leave because he had used only nine out of his 132 annual leave days since his appointment in December 2016.

President Akufo-Addo in a statement dated Monday, June 29, and signed by the Director of Communications at the Presidency, Mr Eugene Arhin, directed Mr Domelevo to take his accumulated annual leave of 123 days from Wednesday, July 1, and hand over all matters relating to his office to Mr Johnson Akuamoah Asiedu, the Deputy Auditor-General, to act as Auditor-General, "until his return from his well-deserved leave."

The statement explained that the President's decision was based on sections 20 (1) and 31 of the Labour Act, 2003 (Act 651) which apply to all workers, including public office holders such as the Auditor-General.

Mr Domelevo in a response to the presidential directive asked President Akufo-Addo to reconsider his directive for him to proceed on his accumulated leave.

According to Mr Domelevo, although he was aware that his work was "embarrassing the government", the directive had "serious implications for the constitutional independence of the office of the Auditor-General."

But the Office of the President in response rather extended the leave days by 44 more working days to a total of 167 working days to include his period of leave for the year 2020 other than the earlier directive which only calculated the accumulated leave days from 2017 to 2019.