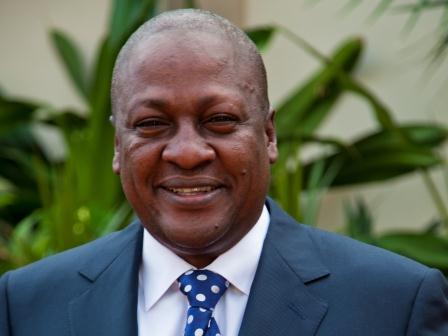 The second Africa Congress of Accountants (ACOA) opened in Accra yesterday, with a call by President John Dramani Mahama on African leaders to help deal with the menace of silent corruption on the continent.

Referring to what the World Bank describes as ‘silent corruption’, President Mahama said it was the corruption of the silent nature that was more serious in Africa today.

‘Silent corruption’ is the type that does not necessarily involve any direct acceptance of bribes.

In a speech read on his behalf by the Trade and Industry minister, Mr Haruna Iddrisu, at the opening of the ACOA, President Mahama said it was because of ‘silent corruption’ that the continent was saddled with the poor execution of public sector projects with poor or inadequate inputs and supply of fake or substandard goods, especially drugs and equipment, to public sector organizations.

The two-day conference, on the theme, “Africa’s economic growth, accountability and democracy”, is being attended by more than 1,000 registered participants from 39 African countries and 34 Pan-African Federation of Accountants (PAFA) member bodies.


It is being hosted by the Institute of Chartered Accountants, Ghana (ICAG) and partly sponsored by the Graphic Business, the financial newspaper of the Graphic Communications Group Limited.

President Mahama called for strict adherence to the democratic tenets of the rule of law as Africa sought to check public sector corruption.

He said that could be achieved by bringing any person, including top government officials, to book without fear or favour.

He indicated that “Ghana’s Right to Information Bill will be passed sooner than later”.

President Mahama asked African governments to hinge their economic growth on the pursuit of democracy and accountability.

“While economic growth is a desirable goal of every governance, it is economic growth with equitable distribution of income, achieved under the conditions of democracy and accountability, that is more desirable to the people and it is that economic growth objective that is recommended for African countries to pursue.

“Freedom of speech and freedom of the press, which are guaranteed in the constitutions of democratic states, help expose most of the negative practices that inhibit growth, including corruption and nepotism,” he said.

President Mahama, however, pointed out that the pursuit of economic growth under the conditions of democracy and accountability was highly challenging rather than rosy.

“For example, democracy that recognises the existence of trade unions and professional associations can be a fertile ground for industrial unrest, which adversely affects labour supply production and hence economic growth,” he said.

He recalled that in recent times African countries such as Nigeria, South Africa and Ghana had had their fair share of workers’ strikes, saying, “In fact, Ghana is not yet fully out of the strikes by some professional bodies in the educational and health sectors.”

President Mahama  conceded that occasional industrial action was a price to pay for adopting democratic systems of governance which were vital for peace, security, stability and human development.

“However, public sector workers, including professionals, need to pursue their demands through lawful and constitutional means in the spirit of democracy,” he advised.

He expressed the hope that the conference would come up with solutions to address the way the issues of democracy and accountability would impact on the growth of the economies on the continent.

The President of the PAFA, Major-General Sebastian Owuama (retd), said members of PAFA had to play a role in the development of the continent by helping to reduce poverty and create wealth.

“It is an open secret that matters of accountability and democracy are responsible for the main challenges this continent is facing today,” he said, and expressed the hope that the delegates would engage in frank and “robust deliberations throughout the congress”.

“I trust that by the end of the congress the delegates will be inspired to go and make a difference not only in their countries but also on the continent,” he said.