Bawumia is ‘alien’ to NPP, his parents are from NDC - Former MP and Alan campaigner 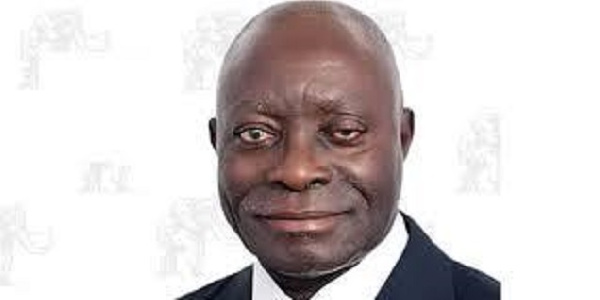 When he proposed a consensus-building this week for a Bawumia-Alan ticket to lead the New Patriotic Party (NPP) to Election 2024, Nana Akomea made it clear his reason was to help prevent an internal acrimonious campaign that the NPP may not be able to recover from before the general elections in 2024.

There has been some reactions to his proposal with former Chief of Staff, Kwadwo Mpiani for instance saying, it is a proposal that will be difficult to implement.

Mr Mpiani rather suggests the contest should be allowed to go ahead for the party to elect its next leader to take over from President Nana Addo Dankwa Akufo-Addo.

Former Member of Parliament for Nsuta Kwamang Beposo, Kwame Asafo Adjei and an Alan campaigner has joined the public debate on radio.

In a radio interview with Accra based Neat FM, monitored by Graphic Online, he argued that the Vice President, Dr Mahamudu Bawumia was an “alien” to the NPP and that his parents are from the opposition National Democratic Congress (NDC), and therefore should not be allowed to lead the NPP.

Rather, he thinks it is the turn of Trade and Industry Minister, Alan Kwadwo Kyerematen to lead.

Nana Akomea knows very well that it is the turn of Alan Kyerematen for this particular election, he (Alan) is the one who can do the work, Mr Asafo Adjei said.

He said Dr Bawumia has worked hard but compared to Alan Kyerematen, Alan is ahead and has worked more harder than Dr Bawumia.

Beside that, he said “NPP was a traditional party” and the delegates will be looking for someone who has been loyal and helped the party same way as President Akufo-Addo was assessed and given the nod to lead.

This is where the former MP, Kwame Asafo Adjei touched on the background of the two frontrunners and said Dr Bawumia was “alien” to the NPP compared to Alan Kyerematen.

He said Dr Bawumia has an NDC background as his parents are from the NDC and therefore cannot win “power” for the NPP compared to what Alan Kyerematen  can do.

The two frontrunners, Dr Mahamudu Bawumia and Mr Alan Kwadwo Kyerematen have both not publicly declared their intentions as of now as the NPP is still in the process of re-organizing from the grassroots.

The party has completed the election of polling station executives and electoral area coordinators and starting the process to elect constituency officers from today (April 28, 2022).

Listen to Kwame Asafo Adjei’s argument in the Neat FM interview in the audio attached below.