Adentan: The swing constituency with many needs 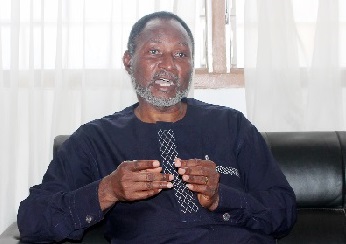 The Adentan Constituency is known for hosting a predominantly middle class population in the country’s capital, Accra.

It is located within the Adentan municipality in the Greater Accra Region.

It was formed prior to the 2004 December presidential and parliamentary elections by the division of the old Ashaiman Constituency into the new Adentan and Ashaiman constituencies.

However, the municipality was carved out of the Tema Metropolitan Assembly (TMA) in February 2008 following the passage of Legislative Instrument 1888, making it a full municipality.

Sitting on a 123-square kilometres land, the constituency is unique for its well-planned physical layout that had attracted many real estate developers such as Trassaco Ghana Limited, Regimanuel Gray and Edlorm Estate.

Previously, a predominantly farming community ahead of its fast urbanisation from the early 1990s, the Adentan Constituency and its municipal assembly are taking inspiration from its agrarian environment to promote agriculture both on the large scale and subsistence level among households. 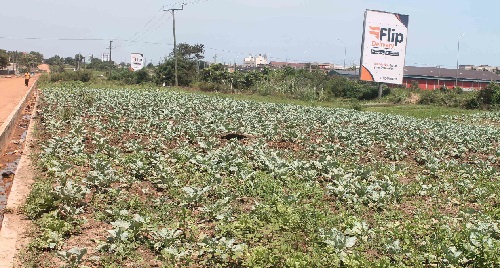 To facilitate farming and agricultural activities, various individuals and institutions over the years have succeeded in constructing dams within the constituency, including Japan Motors Tourist Resort, Faahe Dam at Nmai Djor, Tessa Dam at Adjiringanor and University Farms Dam.

The Adentan Municipal Assembly (AdMA) is leveraging this to scale agriculture production as a source of organic food, climate mitigation and commercial ventures for its residents.

Consequently, it is pursuing what has been described as small space farming, which seeks to encourage residents to plant at least six trees (including fruits), vegetables, produce fish and mushroom in their backyard.

Since 2017, more than 1,200 people have been trained in fish farming and mushroom production through its Fish Development Project (FDP) at the Amrahia Dairy Farms and Mushroom Promotion Centre located at Ogbojo near Madina.

It had also successfully cleared its portion of the Accra-Tema Motorway of all slums and converted the bare land serving as buffer between the motorway and the settlements to vegetable farms for more than 200 farmers.

Most households involved in agriculture in the constituency are also into crop farming, poultry (chicken) and livestock.

Its soil type is confined mainly to small amounts of subsistence cropping of cassava, okro, maize and other vegetables. The short type of grassland provides extensive grazing fields.

This is part of an initiative being implemented by the current management of AdMA since 2017, which is dubbed: Education, Agriculture, Sanitation, Infrastructure, Health and Resources (EASI-HR).

The EASI-HR which seeks to improve the Adentan and make it a better place for the constituents were thoughts and aspirations of its Municipal Chief Executive, Daniel Alexander Nii-Noi Adumuah, that had been encapsulated into the acronym.

Last year, when the government launched the Green Ghana Campaign, the Adentan Constituency, through the municipal assembly, participated actively.

For instance, the assembly collaborated with the Knights and Ladies of Marshall, a Catholic friendly society and also individuals to plant seedlings, most of which have grown to truly green the constituency. 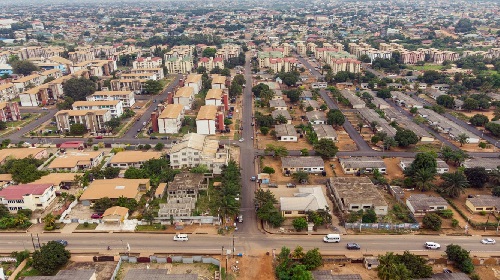 With 12 electoral areas, the constituency has 151,000 voters making decisions for the entire populace.

It is a swing constituency for either the National Democratic Congress (NDC) or New Patriotic Party (NPP).

Since it was created in 2004, it has produced five Members of Parliament (MPs) with Mohammed Adamu Ramadan (2020 till date), who stood on the NDC ticket being the incumbent.

Its municipal assembly generates up to GH¢15 million per year to help support developmental projects in the municipality.

Beyond shops and supermarkets dotted around the locality, most residents travel to Madina in the La Nkwantanang Constituency and other markets to shop although Adentan had two major markets; Adentan Shopping Mall and Ogbojo New Market.

Traders in both markets complain of low patronage.

The rainfall pattern and the terrain of Adentan have influenced the vegetation cover of the environment. The southern part of Adentan is covered by Savannah grass with scattered Nim trees.

The northern part has Savannah semi-rain forest with deciduous trees but due to human activities, the general vegetation cover of some parts of the community have changed to grassland and in some places, bare land.

The climatic condition and vegetation cover have contributed immensely to animal rearing and vegetable production in the area.

According to the 2010 Population and Housing Census (District Analytical Report), the main rulers of the entire land mass of the constituency are the families of La and Teshie.

These are two main paramountcies but they do not own the land. Rather the various families within the paramount areas own the lands. The families are also divided into various clans which collectively own certain portions of the land.

It celebrates Homowo, which means hooting at hunger, as it is observed in the entire Ga land. The celebration of this festival in the constituency is not as grand as in main Ga traditional areas due to its ethnic diversity.

A Daily Graphic team that visited the constituency noticed that the residents faced a number of challenges just like the other constituencies across the country.

For starters; not all of its 12 electoral areas could boast of a public-school building to serve the populace, leaving children of school age to trek to nearby areas to seek knowledge even in that elite community.

Adentan has 19 public basic schools and more than 140 private basic schools. There are five senior high schools (SHS) but only one is public and that is the Frafraha Community SHS.

It is one of the few areas in the Greater Accra Region that has relatively good sanitation and waste management. The constituency has no final disposal sites for both liquid and solid wastes.

This situation increases the cost of final disposal of waste due to travel distance.

Only 137 out of its 874 kilometre of road network had so far been tarred. This leaves the majority of the roads in a deplorable state.

Although the team noticed ongoing construction works on bridges and drains during the visit, most residents complained about perennial floods as the areas with well-structured drains say they are too small to contain the level of rain water that runs through their communities.

Residents near the Ogbojo Community Polyclinic had to destroy parts of the newly constructed drains because it gets stacked by rain water and it overflows into their homes.

Some residents at Ogbojo, Adjiringanor, Nanakrom, Ashaley Botwe, Nanakroom, New Legon all in the constituency complained of perennial water shortage.

A constituent, Richard Sakyi, said most of the road network were in deplorable state with others uncompleted especially the Ogbojo Community since 2016. He said several attempts by the community to get the Department Urban Roads and the AdMA to help fix the issue have proved futile.

“Construction of bridges to join some key existing road networks are not being done,” he said.

An elder of the Royal Family at Amrahia, John Akuetteh, for his part, stated that insecurity with land guards had been a big issue confronting the Amrahia community and its residents.

He said the traditional council had moved as far as the Police Headquarters to petition the Inspector General of Police (IGP) to help resolve the situation but nothing had been done about it.

“We need a police station to improve security in the community because the youth are gradually becoming lawless; now every day we hear reports on stealing, youth clashes and rape in the area,” he added.

Mr Adumuah, in an interview with the Daily Graphic in Accra, stated that most people did not see the constituency as a possible farming community but it did contribute significantly to the country’s food basket.

He explained that with partnership with the European Union (EU), the assembly was now operating a Mushroom Promotion Centre which trains people to become out-growers.

He said the centre had also installed facilities that process the fresh mushrooms into dried mushrooms (for preservation) in order to reduce post-harvest losses.

“Bread makers add the dried mushrooms to increase the protein content in bread. It is also served as a source of protein in ‘shito’ for vegetarians. We intend to expand the operations of the centre next year,” he said.

On education, the MCE admitted that the constituency had issues because not every electoral area had public basic schools, but the focus of AdMA was to provide schools for areas without them.

He explained that when his administration took office in 2017, Koose, that was Ashiyie and Amanfro had acquired land and had just started building a public school.

“As we speak, we have built three floors and the school, called Ashiyie Model Community School, is currently in use.

“New Legon also did not have school, we used our internally generated funds to buy three plots of land and we are now building a school for the community.

“For the existing ones, we are taking steps to upgrade and expand them, but most of them have integrity issues and that have delayed the expansion works,” he added.

Efforts to reach the incumbent MP for his comment proved futile.