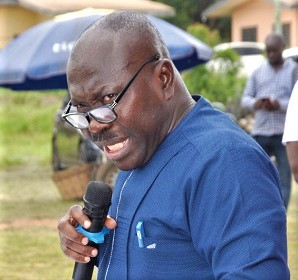 This year’s World Food Day has been commemorated in the South Tongu District of the Volta Region on the theme: “Leave no one behind, better nutrition, a better environment and a better life.”

As part of activities to commemorate the day, a flag was jointly hoisted at the Sogakope JHS ‘B’ Park by the Deputy Minister of Food and Agriculture responsible for Crops, Yaw Frimpong Addo; a Deputy Minister of Fisheries, Moses Anim; the Volta Regional Minister, Dr Archibald Yao Letsa, and officials of the country office of the World Food Programme (WFP) and other agencies of the UN.

There was also a mini durbar which was attended by traditional rulers, personnel of security agencies, students and members of the public.

Mr Addo said the event was a rallying call to humanity to prioritise food and nutrition security as a collective responsibility.

“We need to build the required resilience from the shocks of both natural and man-made crisis,” he added.


The deputy minister gave an assurance that the government would continue to invest in agriculture to unlock the sector’s potential, including addressing the food needs of the citizenry.

“This will be pursued through collaboration and partnership with allied agencies and development partners,” he added. 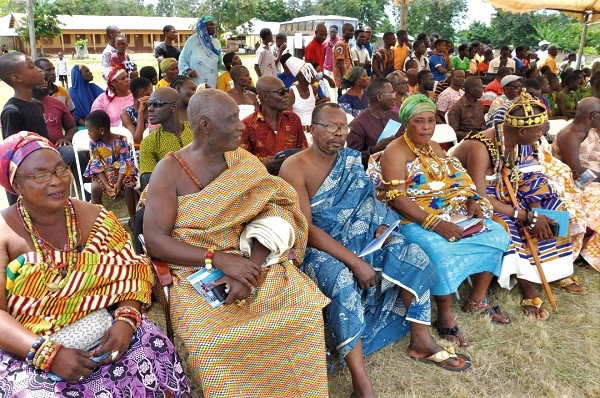 Mr Anim also said his outfit was currently undertaking a review of the regulatory framework of the sector to address lapses in fisheries governance to meet interventional best practices.

For his part, Dr Letsa called for concerted efforts to tackle the challenges of food insecurity, saying “the WFP and stakeholders must assist nations like ours to access fertiliser at cheaper costs on the global market”.

A representative of the Country Director of the WFP, Barbara Clemens, said while food was available in some parts of the world, it was not easily accessible and it was underutilised and unstable in other countries, including Africa.

As a result, she said more than 828 million people across the globe went to bed hungry daily.

Ms Clemens added that for those who could access it, they lost nutrients to traditional food preparation methods.

“While some may have access to available foods, it is not consistent owing to an over-reliance on seasonal crop cultivation, mainly because of dependency on rain for food production,” she said.