We are committed to reviving Neoplan - Asamoah Boateng 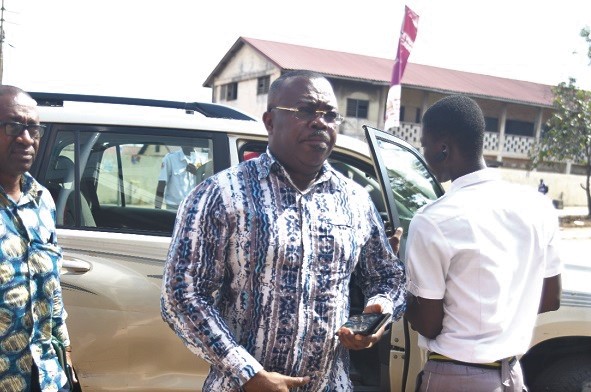 The government is exploring options available on the capital market to recapitalise Neoplan Ghana Limited to ensure that workers keep their jobs, in the wake of the company's dwindling fortunes, the Director-General of the State Interests and Governance Authority (SIGA), Mr Stephen Asamoah Boateng, has said.

He said the authority was in talks with some state institutions, including the Ghana Stock Exchange (GSE), on the possibility of raising funds to recapitalise the company.

According to him, the need to pump more capital into the operations of the country’s coach assembling business, which commenced operations in the 1970s, had been a burden on the government because of the country's interest in protecting jobs.

"We have had a lot of engagements with other state institutions on what to do with Neoplan and we are considering some options available. We have had discussions with the GSE on how it can help us raise some funds," he told the Daily Graphic in an interview.

He said as the majority shareholder of Neoplan, it was the responsibility of the government to ensure that the company was “brought back to its feet”.

Asked how a company that was not profitable could raise money from the GSE, Mr Asamoah Boateng said the decision to raise money from investors on the stock exchange was not ‘cast in stone’, as the government was considering other options that might be viable to help put the company back on the path of growth.

Its Managing Director, Mr Georges Nassar, said the decision to shut down was because the minority shareholder, the Fadoul Group, could not continue funding the company all by itself, while the government, the majority shareholder, contributed nothing to its running.

However, the SIGA Director-General said the government was negotiating with the Fadoul Group on the possibility of the state shedding off some of its interest in Neoplan to another investor to reduce the burden of raising capital for the state-owned enterprise.

Considering that revenue from Neoplan's operations had been plummeting over the years, he said, a possible sale of the state’s shares in the company to another investor could happen.

"SIGA and the Ministry of Trade and Industry have met with the partner, that is, the Fadoul Group, and we have agreed that we give them two months to carry on as the government decides either to recapitalise the company or give up some shares, so that if the group is the majority shareholder, it can recapitalise itself," he said.

Mr Asamoah Boateng said the government had also agreed with the Fadoul Group that no worker should be laid off during the two-month period, which expires at the end of the month.

"Nobody will lose his job because we have agreed that there will be no job losses," he said.

Within that period, he said, it was expected that the government would come out with its decision on the future of the company.

He said the government was also committed to ensuring that the Metro Mass Transit (MMT) procured majority of its buses from Neoplan to keep the company in business.

“Going forward, we are also looking at getting the MMT to purchase its buses from Neoplan, so that Neoplan can look at the quality the MMT wants and produce for the company to keep Neoplan in business and create more jobs for Ghanaians,” he said.