Update on COVID-19: A year down the lane 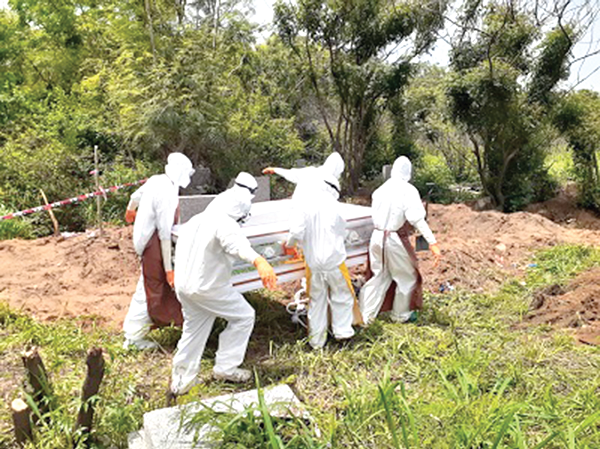 A year ago today, March 12, 2020, the country confirmed the first two cases of COVID-19, the viral disease that had pounded many economies in the world.

The case confirmation came barely 24 hours after the World Health Organisation (WHO) had declared the disease a global pandemic.

The Minister of Health, Mr Kwaku Agyemang-Manu, announced the first two confirmed cases at a press briefing in Accra on March 12, 2020.

By the end of that month, the number had increased to 152 confirmed cases, with five deaths, 22 recoveries and 125 active cases.

The virus later spread to communities in the Greater Accra, Ashanti and Upper West regions in March last year.

The government subsequently locked down the Greater Accra Metropolitan Area, Kasoa and the Greater Kumasi Area to contain the spread of the virus.

As a result, there were restrictions on the movement of people and a ban on social activities, including the closure of schools.

Other measures by the government were the introduction of relief packages such as the provision of free water and electricity for the people and tax exemptions for health workers.

A COVID-19 Trust Fund was also set up, by which individuals, corporate organisations and foreign establishments and governments supported the country with cash donations and equipment.

As part of its sensitisation programme on the virus, the Ministry of Health advised people to observe good personal hygiene, avoid shaking of hands, practise social distancing, among other protocols.

Individuals who felt unwell with symptoms such as fever, cough and difficulty in breathing were asked to stay at home and call available emergency phone numbers for attention.

President Nana Addo Dankwa Akufo-Addo further announced that the cedi equivalent of US$100 million was to be made available to enhance the country's coronavirus preparedness and response plan.

The safety measures were extended to all points of entry into the country, particularly the Kotoka International Airport.

There was also health screening of travellers from China, which was later extended to include all travellers arriving at the airport.

On January 12, 2020, the WHO confirmed that the novel coronavirus was the cause of a respiratory illness that affected a cluster of people in Wuhan City and the Hubei Province in China.

Reflecting on the national response to the pandemic in an interview with the Daily Graphic in Accra yesterday, Mr Agyemang-Manu said between September and October 2020, there was a slow down in the spread of the virus, “but unfortunately, the global second wave affected the country again in January 2021”.

“We are now in the vaccination regime and we appreciate the enthusiasm with which Ghanaians are coming forward to take the vaccination. It is our expectation that our target population is vaccinated against the disease.

“In the meantime, I will advise the public to continue to adhere to the COVID-19 protocols, whether we get the jab or not, until there is an announcement otherwise,” the minister added.

For his part, the Director-General of the GHS, Dr Patrick Kuma-Aboagye, expressed appreciation to the government for its effort in containing the spread of the virus.

He said the timely formation of professional groups and the early release of funds for crucial interventions, including the provision of stimulus packages for the vulnerable, were commendable.

The D-G, however, appealed to the public to continue to observe the safety protocols.

At the moment, there is a nationwide vaccination exercise against COVID-19 which is being facilitated with the receipt of 750,000 doses of the Oxford/AstraZeneca vaccine.

A recent study by the WHO has named Ghana as one of the few countries that were doing well with its response.

The report said transparency of the country’s approach was echoed in the communication style of President Akufo-Addo.

“Nana Addo Dankwa Akufo-Addo has been clear and transparent in his messaging of the coronavirus. He took responsibility for the coronavirus policy and explained carefully each measure required, being honest about the challenges the nation faced. Simple demonstrations of empathy earned him acclaim within his nation and also around the world,” the report said.