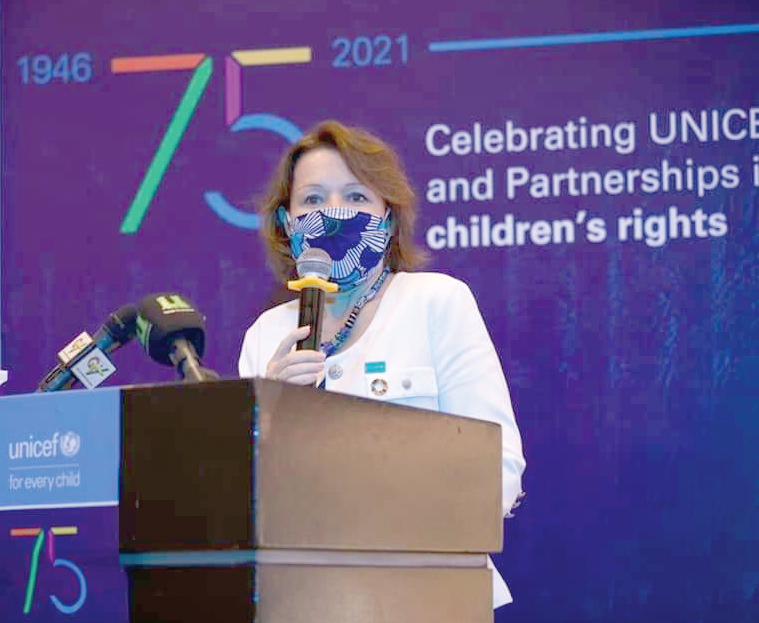 Data have shown that many children in Ghana continue to live in poverty, with many others having limited access to inclusive and quality social services, in spite of efforts being made to improve the standard of living.

That, according to the United Nations Children’s Fund (UNICEF) Office in Accra, called for the acceleration of collective efforts to improve on the wellbeing of children.

Speaking at a ceremony in Accra last Monday to mark the 75th anniversary of UNICEF, its representative in Ghana, Ms Anne-Claire Dufay, stressed the need for more deliberate interventions to improve the lot of children.

“We know that it is possible when we place children and young people first and work together to reach youngsters with the support they need most,” she said.

Among those present at the ceremony were members of the Diplomatic Corps, government officials, representatives of civil society organisations and students.

A film, titled: ‘If you have’, which seeks to advocate the rights of children and sensitise people to the need to protect themselves against the COVID-19, was premiered.

Some children were given the platform to moderate the programme, recite poems and deliver speeches as part of efforts to enhance access to inclusive social services for children and young people.

Recounting the four decades of dedicated work by UNICEF for children in the country, Ms Dufay said UNICEF had influenced policies and helped strengthen systems to respond to the needs of children through evidence-based advocacy, technical assistance and strategic partnerships.

She mentioned the areas in which UNICEF had worked to include health and nutrition, water, sanitation and hygiene, child and social protection and education.

She expressed gratitude to the strategic partners and stakeholders for their support over the years and called on them to re-commit to a better future for every child in Ghana and the world.

“We believe in a fair world, equity and human rights, so we stand to make the world a better place for children,” Ms Dufay said.

The Chief of Staff at the Presidency, Mrs Akosua Frema Osei-Opare, who was the special guest at the ceremony, said plans were underway to ratify the Optional Protocol on the Sale of Children, Child Prostitution and Child Pornography.

The optional protocol supplements the Convention on the Rights of the Child (CRC) by providing states with detailed requirements targeted at ending sexual exploitation and abuse of children.

“We will continue to act on our policies through the ratification of the CRC, so that, as a country, we will leave no child behind,” she noted.

A senior high school (SHS) Form Two student, Mavis Hanu Korshiwor, who spoke on behalf of children, appealed to parents and guardians to enrol their children and wards in school, saying: “Children have the right to learn and become responsible people in future.”

She further appealed to parents to be watchful of their children and protect them from any harm.