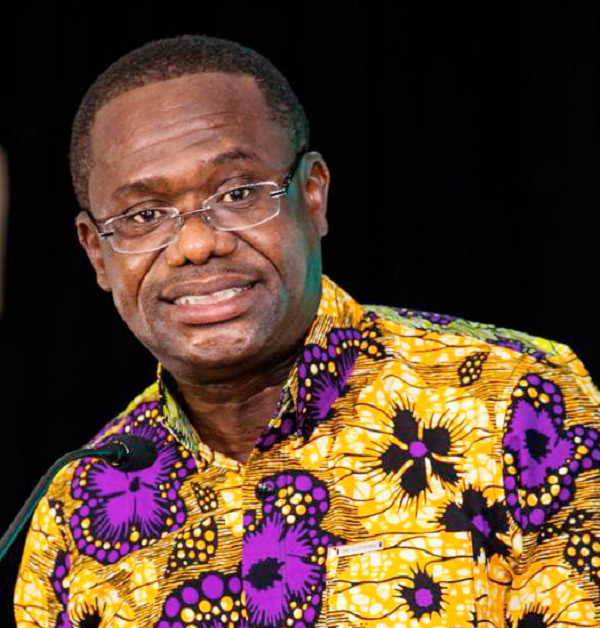 The Executive Chairman of Jospong Group of Companies, Mr Joseph Siaw Agyepong, has been re-elected as President of the Environmental Service Providers Association (ESPA) for the next two years.

The re-election at the 5th ESPA Annual General Meeting (AGM) in Accra yesterday for 2022-2024 makes Mr Agyepong the only person to have held the position for the second time since its formation in 2001.

The 5th AGM brought together all the regional chapters of ESPA. It was on the theme: “Public Private Sector Engagement for a more Sustainable Waste Management.”

Mr Agyepong thanked members of the ESPA for renewing their confidence in him and pledged to work with the other executive members to make the association a formidable one.

“Let me thank all ESPA members for the unflinching support that you have given to the leadership of the association and for your tireless efforts in making this year’s Annual General Meeting a success,” he said.

He urged members of ESPA to rally behind him and the executive to work together to make Ghana clean, great and strong “through our concerted effort.”

The President of ESPA was full of praise for the President Akufo-Addo Administration for creating an enabling environment for the private sector to thrive in the sanitation sector.

“I am delighted to say that the government of His Excellency Nana Addo Dankwa Akufo-Addo has given true meaning to this mantra. Through His Excellency’s transformational leadership and relevant policy interventions, an enabling environment for the private sector to grow has been created,” Mr Agyepong stated.

He also applauded the Minister of Sanitation and Water Resources, Ms Cecilia Abena Dapaah, for her leadership and supportive role in the sanitation industry.

“The government’s achievement in this sector is unprecedented and historic and it is worthy of note that since independence, over 60 years ago, it is during this administration that Ghana has experienced massive environmental infrastructural improvement,” Mr Agyepong said.

In a speech read on her behalf at the AGM, the sector minister said the ministry had secured a 65.5-acre land at Ayidan in the Ga South Municipality in the Greater Accra Region for the construction of a new engineered landfill following the decommissioning and re-engineering of the Kpone landfill site.

She said the completion of the new landfill would take care of final waste treatment and disposal to augment the massive investment made by the private sector.

Ms Dapaah added that the ministry was also constructing a waste transfer station at the Ghana Atomic Energy Commission (GAEC), which would help address the problem of long haulage distance of members within the northern enclave of Greater Accra.

She commended ESPA members for their support to her ministry since its creation.

“Indeed, ESPA’s mission, which is to complement and support government’s efforts to resolving environmental challenges in communities in Ghana, is well in line with the theme for this 5th AGM,” the minister stressed.

Ms Dapaah underscored the need for a strong relationship between the public and private sectors which she said was crucial to ensuring that the gains chalked up in the sanitation space were sustained.

“National and home-grown solutions in the sanitation sector have proven to be the answer to our challenges,” she averred.

She called on the citizenry to stop the practice of waste burning, adding that “One in five households in the country practise burning of waste, and such rates surprisingly.do not vary in urban areas from the rural.”

According to Ms Dapaah, the segregation of waste remained the nation’s best approach to recycling.

“Of course, segregation has implications on waste companies which include additional fleet capacity, additional staff etc., all of which eventually lead to costs in the short to medium term,” she said.

However, Ms Dapaah said the benefits of waste segregation to the country’s environment were guaranteed in several ways, including prolonged life of landfills, value-addition of salvaged materials, that is, plastics and organic waste, reduced frequency, among others.

She gave an assurance that her ministry was collaborating with the various metropolitan, municipal and district assemblies (MMDAs) to put in place the necessary measures to sensitise the public and vigorously enforce the sanitation bye-laws to ensure high compliance and an attitudinal change among the citizenry towards environmental cleanliness.