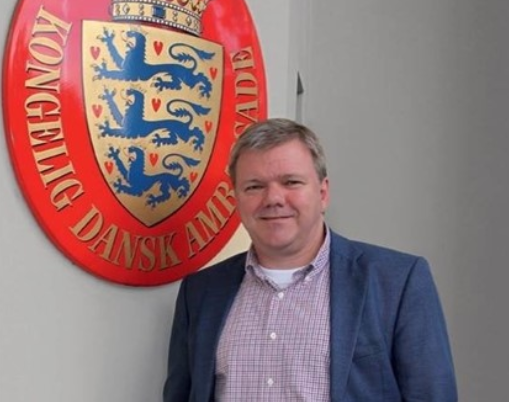 His Excellency Tom Nørring has been appointed the new Ambassador of Denmark to Ghana.

He replaces Her Excellency Tove Degnbol who served a five-year tenure in Ghana.

The appointment takes effect from today (September 1, 2020), the Danish Embassy said in a statement.

"Tom is an accomplished career diplomat who has received prominent awards including the Order of Dannebrog, Knight 1st Class in 2006 and Grand Cross of the Phoenix Order in 2009, in connection with the State Visit of the President of the Hellenic Republic in Denmark," the statement said.

"Before his ambassadorial appointments, Tom Nørring, served as HR Director at the Danish Ministry of Foreign Affairs. Early postings included the Danish Embassy in Washington and at the Danish NATO delegation in Brussels.

"He has a Masters in Law, is married to Claudia-Christina Papagianni and is the proud father of two daughters, Louise and Julie".