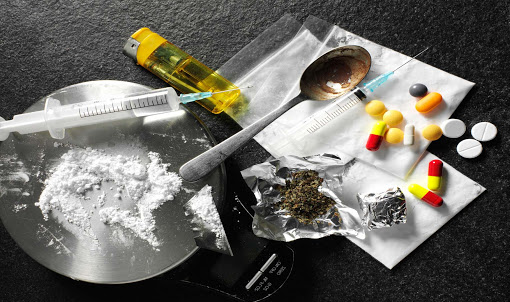 More than a third (36.4 per cent) of students in junior and senior high schools in the country have experimented with different substances, a report by the Consultative Committee to Combat Drug Menace in Schools has found.

The report says the outcome is an indication of a higher risk of substance abuse in first and second-cycle schools.

The report further establishes that more than half (59.9 per cent) of boys tend to use cigarettes, while 54.1 per cent use cannabis and 36 per cent use alcohol.

In the case of girls, it says 72.7 per cent use pain relievers, while 34.3 per cent use ‘shisha’ (a flavoured Arabian tobacco smoked in a hookah) and 32.1 per cent alcohol.

“About 88.6 per cent of students that we have sampled undergo stress in our schools and drugs are the major influences of the stress,” the Chairman of the committee, Mr Bright Appiah, said when he presented the report to the Minister designate for the Interior, Mr Ambrose Dery, in Accra yesterday.

The committee, set up under the directive of President Nana Addo Dankwa Akufo-Addo, conducted the study in 176 basic and second-cycle schools over a one-year period.

The terms of reference of the committee, inaugurated by Mr Dery, on behalf of the President, on Tuesday, September 24, 2019, were to identify the sources and causes of increase in drug use in schools in the country and recommend to the President proposals to be discussed with stakeholders, including religious bodies, educational facilities and civil society organisations (CSOs).

Mr Appiah, who is also the Executive Director of the Child Rights International, a child-friendly non-governmental organisation, said the 11-member committee decided to use different methodologies of securing information in order to enrich the report.

The committee also had engagements with about 10 psychiatrists, 138 heads of schools and 72 guidance and counselling units of the various schools, Mr Appiah said.

Again, he said, the committee reviewed works by other institutions, such as the Food and Drugs Authority, the Narcotics Control Commission, the Ministry of Gender, Children and Social Protection, the Ghana Police Service and CSOs, to enrich the report.

He said there was availability of and accessibility to drugs and substances all over the place and the students used both legal and illegal drugs.

“There is low risk of reporting of substance abuse to school authorities. Students find it difficult to report some of these issues,” he said. 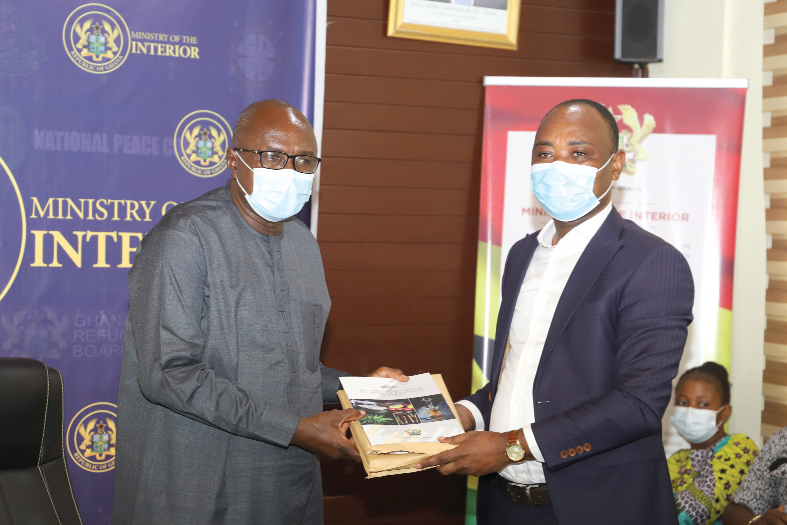 It was the recommendation of the committee, Mr Appiah said, for the strengthening of the country’s social support system.

“One of them is the eating habit of our students in school because that is almost about 64 per cent of the cause of stress in students in our schools. They don’t eat well and that is really causing stress in them, thereby making them engage in substance abuse,” he said.

The committee proposed the need to attach rehabilitation centres to district hospitals, rather than have them in psychiatric hospitals because of the issue of stigma.

“A number of them (students) would not want to go to such facilities because once you go there, you are perceived a lunatic. Sometimes the conditions they are in can be resolved by these district hospitals,” he said.

Mr Appiah, who presented 15 copies of the detailed report to Mr Dery, said there was the need to study the trend of drug use in schools, since students used different kinds of drugs.

Shortly after receiving the report, Mr Dery described it as one of the key milestones to be received on behalf of the President, who had the objective to halt the intake and abuse of illicit drugs by students.

He said the proposals and recommendations made by the consultative committee would be subjected to discussions by stakeholders on the way forward to combat the drug menace.

Mr Dery noted that the drug menace in schools had become one of the social problems in many developing countries and Ghana.

“It accounts for abnormal behaviour among the youth. It has led to poor academic performance, increased absenteeism in school, increased hostility towards other people, physical deterioration, memory loss, difficulty in concentration, among others,” he said.

He said the sustainable development of any society hinged on the youth, so there was the need to ensure their proper training.

However, the minister designate said, the drug menace was a threat to achieving that feat.

Mr Dery said peace and security were a prerequisite and, indeed, necessary to establish a conducive economic environment for development to take place.