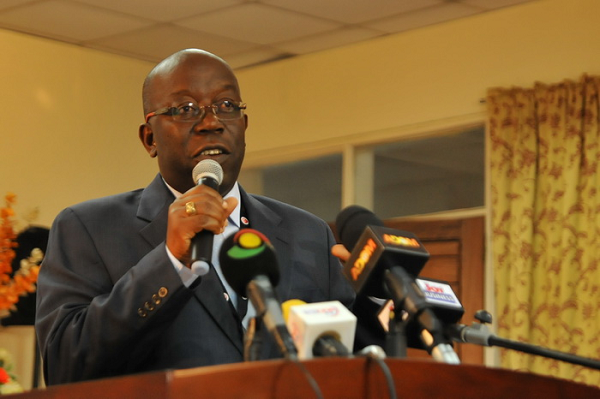 The Social Security and National Insurance Trust (SSNIT) is looking for strategic investors for six of its plush hotels across the country.

They are the Labadi Beach Hotel, a five-star leisure hotel with 164 rooms, and the La Palm Royal Beach Hotel, a four-star facility with 152 rooms, both in the capital city, Accra.

The last is the Trust Lodge Hotel, a 10-room hospitality block structure located on the Beach Road of the Western Regional capital, Takoradi.

An advert to this effect was first published in the national dailies recently and titled: Souircing for strateghic partner(s). International competitive tendering; Request for expression of interest for investment in SSNIT-owned hotels in Ghana.

The adverts, among other things, said “SSNIT’s objective is to develop its owned hotels into world-class standard in their respective categories and is therefore seeking capital injecction from competent strategic investors with expertise in owning and managing hotels and/ or development of real estate to finance these developments. SSNIT will not be involved in injecting additional capital.”

“We believe that we need to invite strategic partners to improve returns from the hotels we own, expand them and make them more competitive,” the Director-General of SSNIT, Dr John Ofori-Tenkorang, said.

In an interview with the Daily Graphic in Accra last Friday, he said: “We want to have investors to bring the facilities up to sustained international standards to make them globally competitive, so that we can derive maximum shareholder value out of the deal.”

The interview sought to elicit explanation from the national pension fund manager why it had advertised to invite strategic investors to take up controlling stake in the hotels.

“Some have misconstrued our action to be an attempt to sell our hotels to friends and cronies, but that is not the case at all,” Dr Tenkorang said, and assured pensioners and contributors to the scheme of the open-mindedness of managers of the tier one pension scheme.

Dr Tenkorang said the trust had selected a Ghanaian company, SEM Capital, as the transaction advisor, after an open international advertisement, and gave an assurance that all the procurement processes would be transparent to ensure that the best bidder won.

The director-general indicated that SSNIT gained exposure in the hospitality sector through the ownership and operation of hotels.

“So the expression of interest that you’ve seen in the newspapers is to announce to the whole world that SSNIT is seeking a credible strategic investor to partner, and not an advert to announce a sale,” he clarified as he sought to jettison the notion that the properties of the trust were on sale.

Dr Tenkorang admitted that the trust lacked the financial muscle, the managerial know-how, among other requirements, to maintain the hotels to match international standards.

“These, among others, are some of the reasons investors are being invited, through a very transparent and open process, to inject the required money into the hotels.

“Mind you, SSNIT will keep its investments in those hotels but we want them (strategic investors) to come and invest a significant amount of money, so that they will end up acquiring a controlling stake, and because they will be people who have expertise and credibility in the hotel management business, they will be able to better manage the hotels and make them more profitable, so that we can then tug along.

“So it is not that SSNIT is selling its hotels and the Labadi Beach Hotel to people to come and just buy. We, as a pension fund, need to maintain some allocations and some exposure to the hospitality sector and we believe that the best way to do so is not SSNIT owning and operating the hotels in totality but actually partnering people in the private sector who have demonstrated capacity to make money in this business to come and co-invest with us,” he said.

Asked why now, the director-general made reference to the number of concerns raised about the viability of SSNIT’s investments and the value from them to keep the trust running.

“I’m sure you’ve heard many members of the scheme are complaining that some SSNIT investments are not doing well. People go to places such as the Elmina Beach Resort or even La Palm and they say: ‘Oh! These are strategic assets; these are fantastic assets that are not doing well’, and then they point at another person who is operating a hotel somewhere and they say: ‘Oh! even that person is doing well’,” he said.

He revealed that SSNIT did not get any dividend from the hotels it owned.

“This is something we should have done a long time ago, but we didn’t. We are doing it now for the good people on the scheme,” he asserted.

Dr Tenkorang noted that the plan was in the best interest of pensioners of the scheme, as well as present and future contributors and not for anybody’s selfish interest.