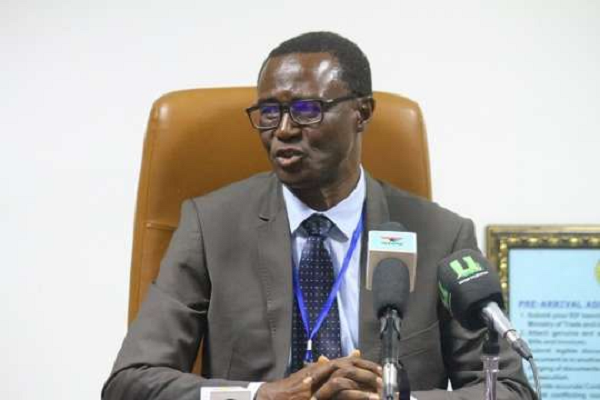 The Reversal of the benchmark discount values on vehicles and some selected imports is set to become effective today (November 15, 2021) according to a letter by the Commissioner-General of the Ghana Revenue Authority (GRA), Rev Ammishaddai Owusu-Amoah.

What the commissioner-general said was a follow up to a September 27 agreement on the removal of the discount of benchmark values on some selected commodities that previously enjoyed the arrangement.

A letter dated, November 11, 2021 and signed by Rev. Owusu-Amoah to the Minister of Finance, Mr Ken Ofori-Atta, copies of which were sent to the minister of Trade and his deputies, as well as the commissioner of Customs and his deputies in charge of Operations and Preventive which was sighted by the Daily Graphic said that the 30 per cent discount for vehicles and 50 per cent discount for general goods were to cease effectively from November 15.

Apart from vehicles, machinery and equipment, the letter listed sugar, pasta/spaghetti and noodles products, palm oil, crude and refine oils, finished aluminium products, as well as toilet/facial tissue and towels, biscuits, pharmaceutical products as among some 32 commodities to be affected by the reversal policy.

The commissioner general in an internal memo to the deputy commissioner of Customs in charge of Operations also directed for the reversal policy to be applied on all new bill of entries (BOEs) for selected items being processed on or after 12 midnight on November 15, 2021.

The discount regime was introduced in April 2019 offering 50 per cent for general imports and 30 per cent home delivery value (HDV) for vehicles following persistent calls by the trading public on high import duty rates at the country’s ports.

Benchmark values were introduced as a risk mechanism by Customs to allow it to independently authenticate the international transactional values of products presented by importers for clearance at the country’s ports.

The Ghana Union Traders Association (GUTA) has, however, expressed disappointment at the turn of events as according to the Association’s President, Mr Joseph Obeng, there was an ongoing discussions between the trading community and the government on the issue, “which we have not brought to any finality”.

The Economic Management Team (EMT), Mr Obeng said, had promised to engage the association and relevant stakeholder bodies of which “no such engagement had been made, apart from a recent assurance by the Senior Advisor to the President, Mr Yaw Osafo-Maafo, at a recent Presidential Business Forum at the Kempinski Hotel in Accra.”

He stressed that since the consultations had not been made, the associations did not expect the GRA to have sprung such a surprise on them.

“We want to urge the GRA to withdraw the directive and engage us in the spirit of cooperation so we can find an amicable solution to the issue,” Mr Obeng said, urging the business community to ignore the directive until all issues were ironed out.

Attempts to get responses from the GRA on the latest developments were unsuccessful.