As the Head of the Commonwealth and the longest-serving British monarch, Queen Elizabeth, during her reign, was the most travelled. She travelled over 500 times, visiting 116 countries.

Two of those visits were to Ghana, which gained independence from the British just three years after her coronation.

Although the visits were 38 years apart, the first in 1961 and the other in 1999, they were both significant and very memorable. 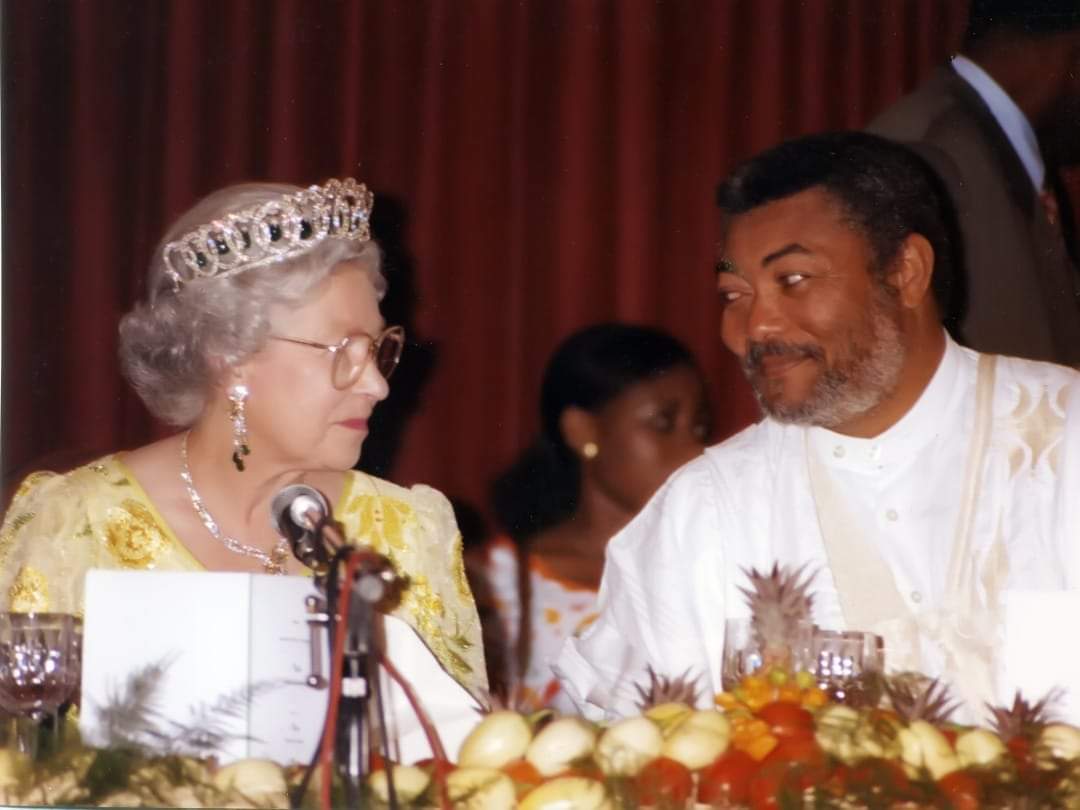 As head of the Commonwealth, and to show support for the fully-fledged Republic of Ghana, Queen Elizabeth II was scheduled to visit Ghana.

However, members of the UK Parliament were opposed to her travel, as they accused then President Dr Kwame Nkrumah of turning into a dictator, after leading Ghana to independence in 1957.

They were wary of the visit becoming too dangerous, and as further evidence of the growing tensions, five days before Queen Elizabeth’s trip was to begin, bombs went off in the capital city, Accra.

Queen Elizabeth was adamant about travelling, despite the threat, insisting that she had always planned on making the trip to Ghana and the bombings did not alter that determination. 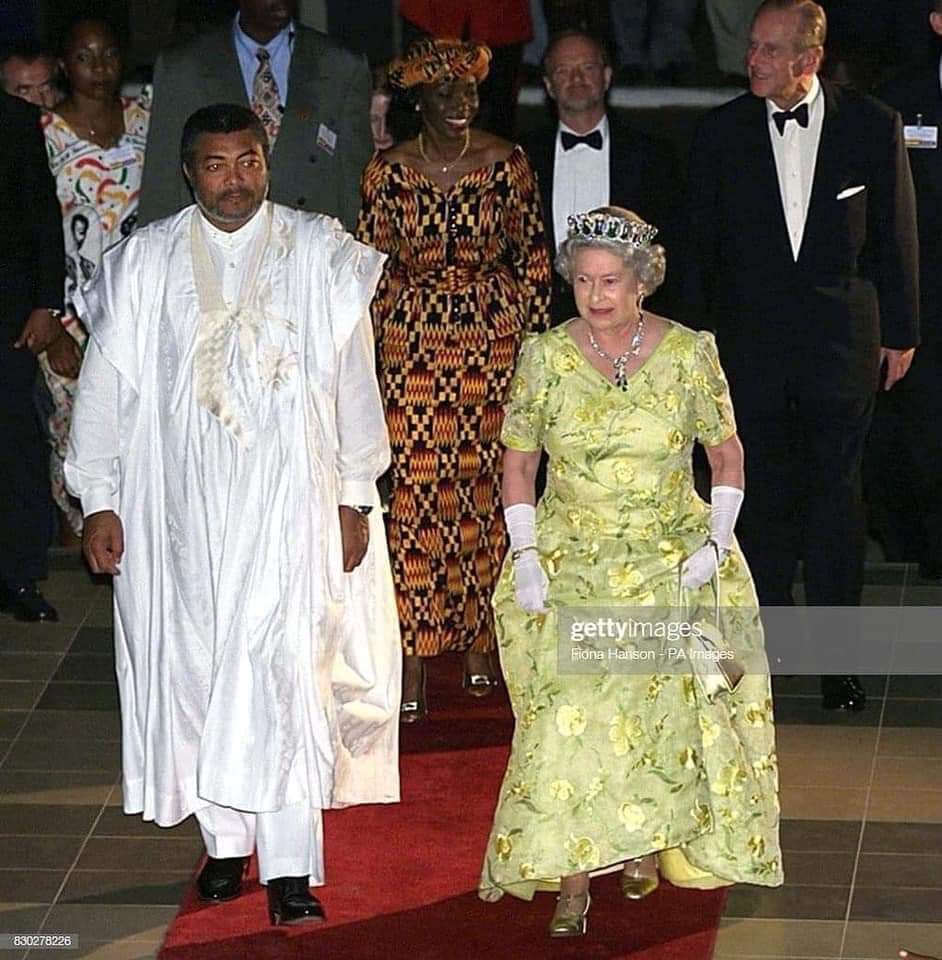 And though Ghana was part of the Commonwealth, along with other nations that had been part of the British Empire, she knew Nkrumah was getting restless.

As head of the Commonwealth, she was of the opinion that putting off a trip again to Ghana would be an embarrassment to Dr Nkrumah, a situation that could influence the latter’s decision to leave the Commonwealth, as she was aware that he was getting closer to the Soviet Union, which wanted to expand its foothold in Africa amidst the Cold War.

“How silly I should look if I was scared to visit Ghana and then Soviet leader Nikita Khrushchev went and had a good reception,” she was quoted as saying in reaction to the concerns.

Thus, from November 9 to 20, 1961, Queen Elizabeth II embarked on her first official visit to Ghana and, from the moment she arrived in Ghana, along with Prince Philip, she was surrounded by crowds and excitement. 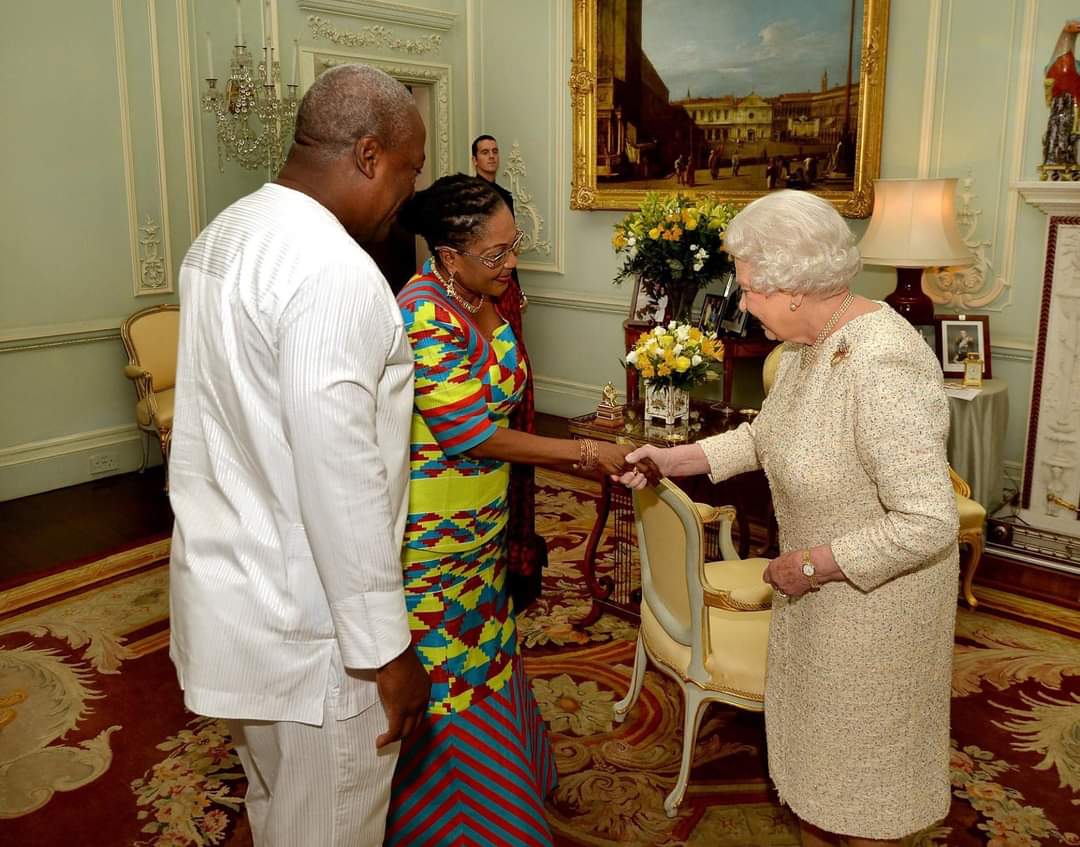 At a state dinner, Nkrumah toasted Queen Elizabeth by saying: “The wind of change blowing through Africa has become a hurricane. Whatever else is blown into the limbo of history, the personal regard and affection which we have for Your Majesty will remain unaffected.”

In responding to the toast, the Queen emphasised that it was alright for nations of the Commonwealth to disagree without members needing to leave.

Also, as part of the state dinner, Queen Elizabeth obliged Dr Nkrumah to a dance, and that caught the attention of the world, symbolic of the new relationship between a former master and a subject, now partners.

While in Ghana, Queen Elizabeth visited a young son of an imprisoned opposition leader, one that displeased Ghana’s President.

However, that did not take anything away from the overall impact of the Queen’s trip, which generated much goodwill and a lasting effect on the Commonwealth.

The Queen’s visit also helped Ghana get highly sought-after funding for the Volta Dam, a hydroelectric project that was the centrepiece of Nkrumah’s economic plans. 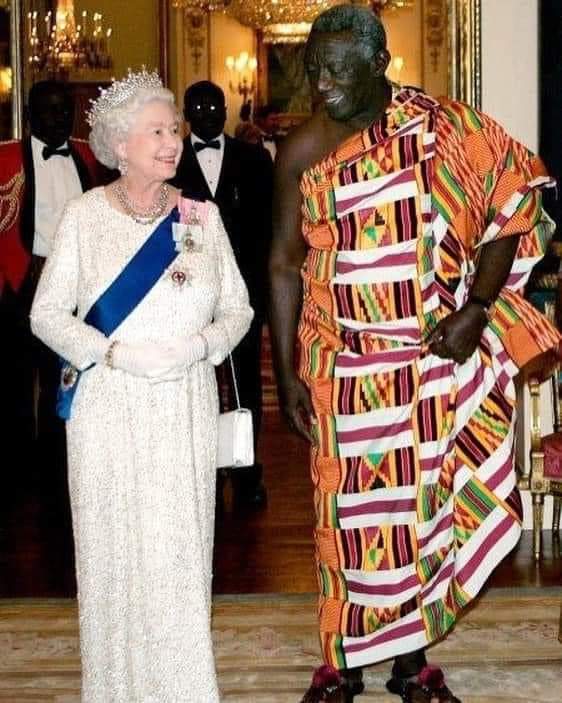 Determined to show Queen Elizabeth as much of Ghana as possible, her itinerary for the visit included an inspection parade at the Black Star Square and a visit to Kumasi, the Ashanti Regional capital, which she christened the Garden City of West Africa due to its flora.

While in Kumasi, the Queen and the Duke of Edinburgh also visited the Kumasi Sports Stadium (now Baba Yara Stadium) on November 16, 1961.

Also, she visited Tamale, where she and her entourage were treated to a dance performance in an outdoor parade ground.

After 38 years, also in November, Queen Elizabeth and her husband visited Ghana for the second time.

If the first visit was a simple affair, the second was much more celebrated.

On November 7, 1999, she arrived, this time, with a bigger entourage and in more style, arriving in a chartered plane and accompanied by a 45-member delegation from the UK.

Descending from the plane, the Royal Couple were warmly welcomed by traditional dancers and drummers who sang her praises in the Ga language.

A 5,000 crowd also cheered and waved flags as then President Jerry John Rawlings walked up the runway to welcome them.

Right at the airport, the Queen and Prince Philip inspected a military guard of honour and was given a 21-gun salute on the tarmac.

While in Accra, the Queen called on her host, President Rawlings, at the Osu Castle, before going to deliver a speech in Parliament, where she profoundly praised Ghana for its achievements. 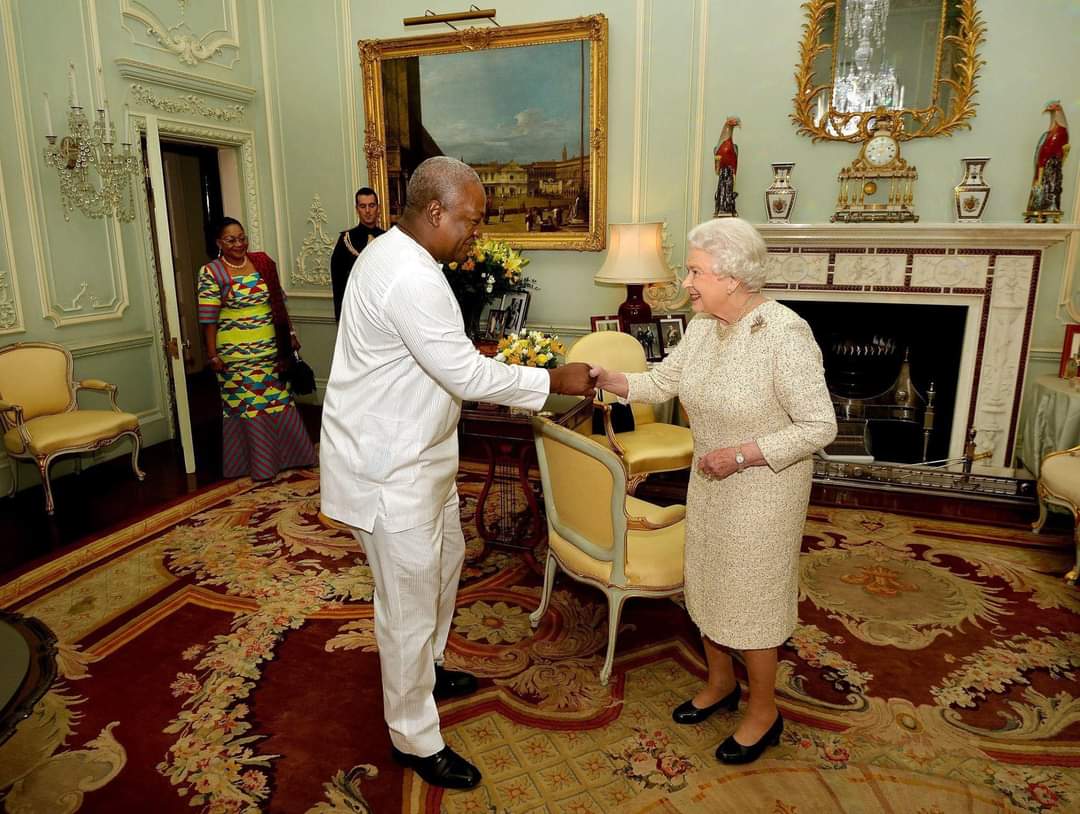 She also met with the then VicePresident, Prof. John Evans Atta Mills, who would later become President.

Addressing Parliament, Queen Elizabeth said her visit demonstrated the importance her country attached “to our relations with the people of Ghana”.

“I am, therefore, pleased that I have this chance to meet the elected members of Parliament representing all walks of life, all beliefs and all shades of opinion in this diverse nation.

“It would be exactly 38 years ago tomorrow since I first came to Ghana. Much has changed since my last visit,” she said, intimating that while time might have passed between her visits and a lot of significant changes had occurred, she was impressed that Ghana’s celebrated reputation of hospitality remained the same.

“Prince Philip and I have been most touched by the warmth of the welcome we have been given here in Accra. We are delighted to be back,” she added.

She recalled that when she visited the country in 1961, Dr Nkrumah had predicted that no matter how strong the wind of change in Africa might blow, the bonds of affection between Ghana and Britain would never be loosened.

Although Queen Elizabeth did not return to Ghana on a visit, the cordial relationship between Buckingham Palace and Ghana remained, with some GhanaianPresidents rather visiting her.

The visit formed part of an official four-day state visit to Britain.

Former President John Dramani Mahama and his wife, Lordina Mahama, also visited Buckingham Palace for a meeting with the Queen in October 2014.