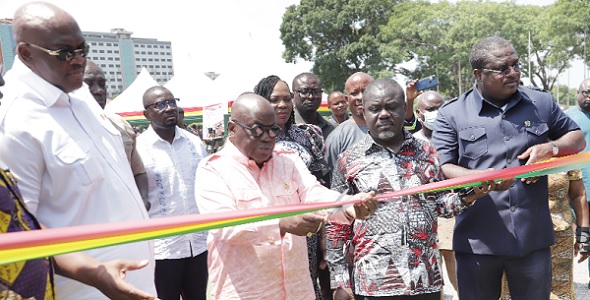 It was the first batch of an intended 100 buses for the state-owned inter-city transport company.

The first phase of the project covers the purchase of 100 buses and after-sales service support, as well as sufficient spare parts to restore some 50 broken-down buses.

Commissioning the project, President Akufo-Addo announced that technical assistance in the form of a grant from the Belgium government would also be provided to cover the training of drivers, maintenance staff and operational support to the company.

He expressed gratitude to the Belgian government for the support, saying it emphasised the long-standing relationship between the two nations.

During the Kufuor Administration, some 513 intercity buses were supplied to Metro Mass Transit Limited through concessionary financing from the Belgian government.

President Akufo-Addo said the Belgium government was extending yet another concessionary financing for the acquisition of some 40 buses every year for the next five years to augment the fleet of the company.

He noted that the presence of an efficient transportation system was vital to the growth of the economy, adding that it was the reason he made it a priority to relaunch the Metro Mass Transit system in the regional capitals through sustained investments in infrastructure and services.

President Akufo-Addo said the commissioning of the buses would improve the operations of the company and offer passengers improved services.

President Akufo-Addo emphasised the need to adopt an efficient maintenance culture. He expressed worry that the neglect or mishandling of public assets had eaten into the social fabric, causing an enormous drain on national resources.

“I, therefore, urge the board and management to take steps to ensure that these buses which I am commissioning today stand the test of time as the Managing Director himself has promised”. 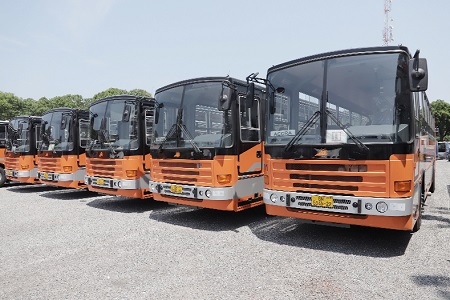 “It is good to see that Metro Mass Transit Limited is reclaiming its status as a critical public transportation service provider which serves the Ghanaian people with dedication,” he added.

President Akufo-Addo said the company would explore more private sector partnership arrangements to bring in more buses to support the fleet, and expressed the hope that those interventions, among others, would inject life into the service.

He expressed the hope that the company would continue to grow, expand and provide more job opportunities to claim its place as a significant public transport service provider.