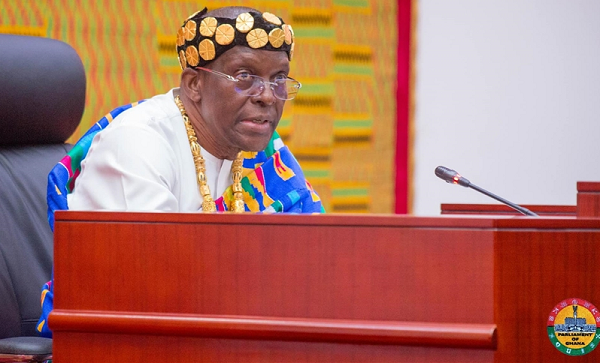 Parliament last Friday passed the Tax Exemptions Bill, 2022 to provide for a tax exemption regime in the country.

The bill will set clear eligibility criteria for tax exemptions and provide for the monitoring, evaluation and enforcement of exemptions.

When assented to by the President, it will strengthen the monitoring role of the Ministry of Finance and Parliament on the management of exemptions.

Moreover, it will seek to provide a regulatory regime for monitoring tax exemptions to ensure that exemptions granted are used for the intended purposes, as well curtail the abuse of the existing exemption regime.

It is projected that with the passage of the bill, exemptions for the 2022 financial year will be lowered by about GH¢500 million.

The bill was presented to Parliament and read the first time by the Minister of Works and Housing, on behalf of the Finance Minister, on July 5, 2022.

It was then referred to the Finance Committee, which considered the bill under a certificate of urgency.

Per the report by the committee on the bill, which was submitted by its Chairman, Kwaku Kwarteng, the committee noted that the biggest threats to Ghana’s domestic revenue mobilisation strategy were exemptions.

“It is estimated that Ghana loses about $2.27 billion annually to tax exemptions and if it should continue at this rate, in less than 16 years the country will give more than half of its revenue base away by way of exemptions.

“There is, therefore, the urgent need to pass this bill and halt this alarming trend,” it said.

The report said the committee had noted that the proposed bill sought to establish a monitoring regime to regulate the granting and management of exemptions in Ghana.

“The committee noted that monitoring played a crucial role in ensuring that exemptions and concessions granted were utilised by beneficiaries for the intended purposes to curtail abuse.

“The bill provides for robust reporting requirements and mechanisms to ensure the efficient and effective use of exemptions,” it quoted the Deputy Minister for Finance as informing the committee.

Per the report, the committee was informed that tax exemptions created significant difficulties for developing countries and ran counter to the objective of strengthening domestic resource mobilisation.

It is recalled that the Minister of Finance, Ken Ofori-Atta, confirmed to Parliament on July 18, 2022 that Ghana lost about GH¢27 billion to tax exemptions granted some businesses between 2008 and 2020.

The amount translates to about GH¢2.2 billion surrendered in tax waivers each year for the 12-year period.

“It is true, as Ranking Member mentioned, that some GH¢27 billion had been lost to tax exemptions.

“This brings into focus the need for all of us to protect the public purse. That is an important social re-engineering for us, as we lose revenue on many fronts,” he said.

“However, for this year, Ghana will likely make some savings of GH¢460 million on tax exemptions,” Mr Ofori-Atta added.