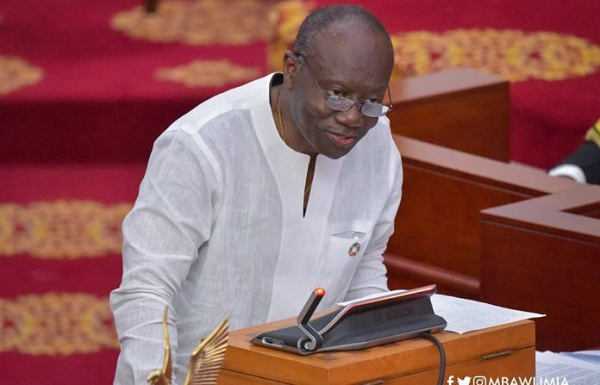 The Minister of Finance, Ken Ofori-Atta, will appear before Parliament today to lay before the House the Mid-Year Budget Review of the Economic Policy of the Government and Supplementary Estimates for the 2022 fiscal year.

Today’s presentation, pursuant to the Public Financial Management Act, 2016 (Act 921), will see the minister provide information on how revenue and expenditure had performed in the first half of the year, the country’s current budget deficit figures and projections for the next six months.

Particularly at a time when the government is officially reaching out to the International Monetary Fund (IMF) for what has been described as Balance of Payment support, the minister is also expected to make his first detailed public comments on this decision.

The highly expectant address will, hopefully, see a revision of some of the macro targets in view of the challenges that the country is facing as a result of the new global phenomenon, the Russia/Ukraine conflict, which has driven the prices of crude oil up, with its adverse implications on the petroleum products.

He will also use the opportunity to announce the windfall from crude oil exports from the three fields in the country.

Additionally, Mr Ofori-Atta is expected to give an update on the Electronic Transactions Levy (E-Levy) and how much it had accrued so far, as well as provide some updates on what savings had so far been made from expenditure cuts from the emoluments of government officials, including the reduction of fuel consumption, the slash of salaries by 30 per cent, among other things.

He is also expected to announce measures to shore up the Gross International Reserves which the Bank of Ghana put at $7.68 billion, as of the end of June this year. This covers just about 3.38 months of import cover.

Sources at the Finance Ministry told the Daily Graphic that the Finance Minister would highlight reforms to the free senior high school (SHS) policy and the way forward to ensure that it was fully optimised, amidst some challenges concerning the release of funds for feeding.

The sources also hinted that Mr Ofori-Atta would shed some light on the major government initiatives, such as the Planting for Food and Jobs and One District, One Factory, and the way forward to ensure that the objectives for which they were initiated were achieved.

They said also to be mentioned were the next steps towards the implementation of the GH¢10 billion YouStart Programme, an initiative meant to offer support to the youth to start their own businesses, after they had presented comprehensive and workable proposals.

The workings of Development Bank Ghana (DBG), which was officially inaugurated to begin operations with more than $700 million seed capital, are also likely to be laid out.

Also expected in the mid-year budget review will be the allocation of funds to accelerate the country’s infrastructure development, such as roads, as part of the Year of Roads initiative.

To be included will be updates on the government’s district hospitals project, dubbed Agenda 111, and the continuation of some key school projects.

As part of revenue generation measures, the source further said the Finance Minister would announce some innovative tax measures, such as how to effectively begin a full rollout of the Property Tax system.

Experts ahead of budget review

Ahead of the presentation, some economic experts are pushing for the government to introduce innovative revenue and expenditure measures in the mid-year review.

This is in view of the fact that the fiscal policy measures which were captured in the 2022 budget to generate more revenue and undertake transformational projects have so far performed below expectation.

For instance, the measures were expected to help generate about GH¢100.52 billion by the end of the year, but first quarter results which have been released indicate that GH¢16.71 billion had been raised, less than a quarter of the projected revenue.

They also want to see more investment in productive sectors, particularly agriculture and manufacturing, to help create jobs and reduce the country’s dependence on imported food.

Meanwhile, with the Tax Exemptions Bill now passed, it is expected that the government will begin to make some major savings to shore up domestic revenue, while ensuring that the country gets value for money from those companies that benefit from such exemptions.