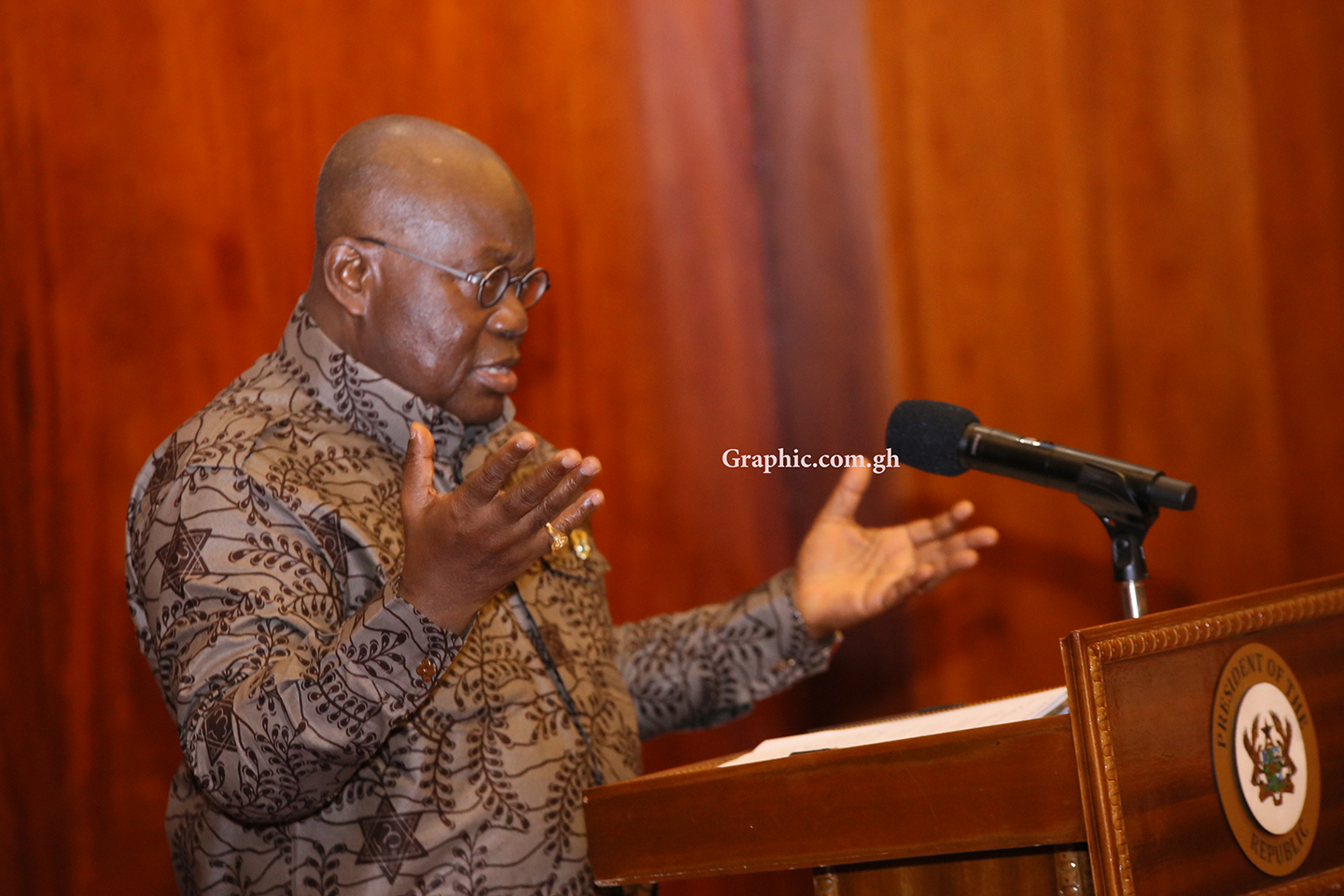 President Nana Addo Dankwa Akufo-Addo has justified his decision to reopen schools for final-year students in the midst of the coronavirus disease (COVID-19) pandemic and said the success of the measure will reassure the country to step up with confidence.

He said every effort must be made to ensure that society, in spite of the pandemic, was able to function to deliver the results that would enhance the progress of humanity and solidarity.

“When schools reopen, the country will see that, in spite of the difficulties we are all going through, it is possible for us to begin the reengineering of our country in the context of the COVID-19 menace, and if it succeeds, the country too will be reassured that it can step up with some confidence,” he said.

Addressing vice-chancellors of public and private universities at the Jubilee House in Accra Thursday, President Akufo-Addo said the pandemic had brought about a new phenomenon which was going to change the nature of human civilisation, saying there was the need to find a way around it to chart a path for survival, progress and development.

For that to happen, he said, education and educational institutions had to be highly prioritised.

“So, yes, we are to go forward because we cannot give up on the progress and development of our nation because of the pandemic. The basis of the decision we made is that we have seen that it is possible, in spite of the increase in the number of cases.

“That is why the initial decision that was taken was that we would do this gradually and systematically and at each stage learn the lessons as we go along,” the President explained.

Describing education as the key to the future of the country, the President said: “We have to find a way of safeguarding that future, and that means essentially safeguarding the prospects of generations of young people who are the objects of education today.”

He said the COVID-19 pandemic had come to dislocate the lives of the entire globe, and that there was no single country on the face of the planet that had not been affected by the spread of the virus.

President Akufo-Addo said the proposal for the development of digital infrastructure by the vice-chancellors was in order, adding that it was part of the reasons the government had given approval for a learning management system for all tertiary institutions to facilitate e-learning in schools.

“It is that which will enable us to have a clearer idea as to the effectiveness of online instructions, so that you have a more interactive engagement with the students. E-learning management system for all tertiary institutions is a critical ingredient and we have to make sure it’s in place,” he added.

The President also announced that “the Minister of Finance has given financial clearance for you to recruit over 6,000 staff across the board, all to try to address the human capacity constraint”.

The Chairman for the group, Prof. Ebenezer Oduro Owusu, gave an assurance that the institutions would go by the President’s directive and reopen the schools on Monday, June 15, this year.

He said since the President gave the directive within a certain context, they also had to consult their stakeholders and apply a blended approach to deal with scary moments, adding that provision would be made for students who wanted to be on campus to do so, while those who would continue with the online studies would also keep their choice.

Prof. Oduro Owusu, who is the Vice-Chancellor of the University of Ghana, further gave an assurance that the universities would put in place the necessary measures and protocols to ensure everyone was safe on campus.

Touching on the improved digital infrastructure for universities, he said it would offer the institutions better opportunity with respect to the intake of the free SHS students.

The Minister of Education, Dr Mathew Opoku Prempeh, for his part, highlighted the safety protocols which were to be strictly observed on the respective campuses, saying physical distancing and the wearing of nose masks would be the norm.

He assured the vice-chancellors that the government would provide nose masks for each student and entreated the universities to endeavour to cultivate a new sense of regularly cleaning the campuses and the washrooms.