BY: Mohammed Fugu
Category: General News
A side view of the Watermelon Juice Factory at Walewale
30.5k Shares

The North East Region, one of the new regions created in 2018, is witnessing widespread infrastructural development.

A number of the projects sited in all the six municipal and district assemblies in the region have been completed, while others are at various stages of completion.

In an exclusive interview with the Daily Graphic, the North East Regional Minister, Yidana Zakaria, called on investors to consider investing in the area as it was endowed with abundant natural resources.

He said the fulfilment of the government's promise of creating the new administrative region had accelerated equitable development in the area.

“We have made very significant progress as far as development is concerned. One is that administration has been brought closer to the people and so reaching out to officers at the regional level in terms of travelling time and convenience is something very exciting to our people,” Mr Zakaria stated.

He said the President’s vision to have a new paradigm of development where critical offices were not centred in the regional capital but distributed across various districts for the people to feel the impact was also on course.

On the government’s one district one, factory (1D1F) initiative, the regional minister said about two projects were at various stages of completion, while two others had been completed.

He said the projects were expected to create jobs for the teeming youth and boost all sectors of the local economy of the new region.

For instance, the watermelon juice factory, which was about 80 per cent complete, was expected to create direct and indirect jobs for about 3,000 people when operations commenced, he explained.

The rice processing company, on the other hand, which had started operations, was milling about 290 tonnes of rice per day, Mr Zakaria disclosed. 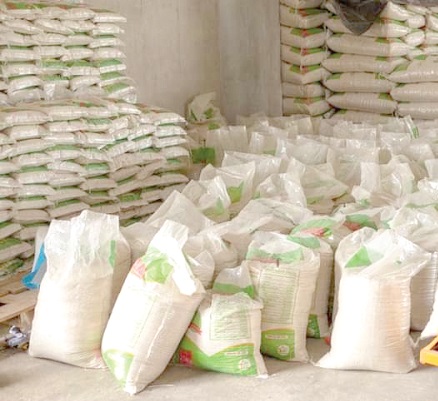 It engages over 4,000 rice farmers and aggregators in the West Mamprusi, East Mamprusi, Savelugu, Nanton and Mamprugu-Moagduri districts.

Initiated by the wife of the Vice-President, Samira Bawumia, under her Samira Empowerment Foundation, with support from the Ghana Exim Bank, the shea processing factory, constructed at Gbimsi near Walewale, was about 90 per cent complete.

Mr Zakaria added that the construction of the Zoomlion Ghana Limited Waste Treatment Plant, which was in partnership with the government, was at the foundation level and would help to transform tonnes of waste generated in the region into valuable products such as organic fertiliser.

On roads, he said 59 road projects, covering about 846 kilometres were under construction.

Notable among them are the Nalerigu-Bunkpurugu, Wulugu-Kpasenkpe, Walewale-Savelugu, Gambaga, Nalerigu and Walewale township roads as well as some bridges and drainage systems. 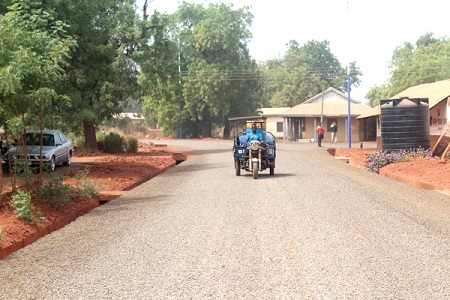 Explaining the components of the projects, Mr Zakaria said work on those projects included asphaltic overlays, reconstruction, dualisation and upgrading.

Aside from construction works, he indicated that streetlights were also being fixed in all major towns, which had improved visibility at night and encouraged commercial business activities among residents along major streets in the regional and district capitals.

Also, construction work on the small water system project has been constructed at Nalerigu and Gambaga which are expected to supply about 35,000 gallons of water a day to households in each of the towns. 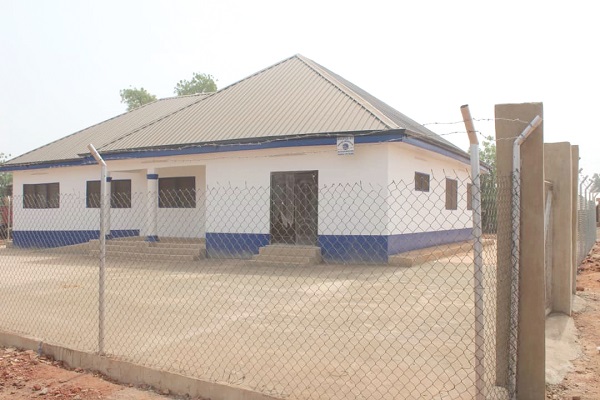 It forms part of the $45 million facility jointly funded by the World Bank and the government to provide water in rural areas of the six new regions, of which Mamprugu is a beneficiary.

The North East Regional Minister said plans were far advanced for the government to establish a rice mill at Chereponi to help boost rice production.

“As a new region, these factories are going to be our major breakthrough because they will contribute a lot to create more jobs for the teeming youth and curb the growing phenomenon of rural urban migration,” Mr Zakaria stated.

Touching on education, he said, "since last year, we have been able to establish about four new senior high schools including the STEM Module SHS at Kpasenkpe. These are all parts of efforts to improve on education in the region," the minister said.

On the recent increase in robbery incidents in the region, the regional minister expressed concern about the menace and called on all to support the police to fight crime by volunteering relevant information that would lead to the arrest of criminals.

“The police have intensified patrols on the major highways, the armed robbers have no space to operate on the main highways,” Mr Zakaria said.

He appealed to the Police Administration to deploy more personnel to the area to beef up patrols and presence along the footpaths leading to the villages to prevent criminals from carrying out their dastardly acts.

The regional minister commended the chiefs and people of the region for cooperating with the government in its developmental drive.