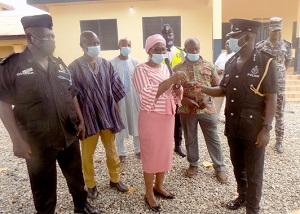 The Birim Central Municipal Assembly in the Eastern Region has constructed a modern police station for the Akyem Oda Municipal Police Headquarters.

The facility comprises a spacious charge office, the station officer’s office, offices for the staff of the Criminal Investigations Department, separate cells for males, females and juveniles and a number of washrooms and toilets, among other facilities.

The GH¢435,000.00 police station was financed with the assembly’s share of the Response Factor Grant.

The Municipal Chief Executive (MCE) for Birim Central, Ms Victoria Adu, who handed over the facility to the police personnel last Friday, advised them to take proper care of it through regular maintenance.

She noted with pride that the provision of the new police station had solved the problem of the males, females and juveniles sharing the same cells at the old facility. 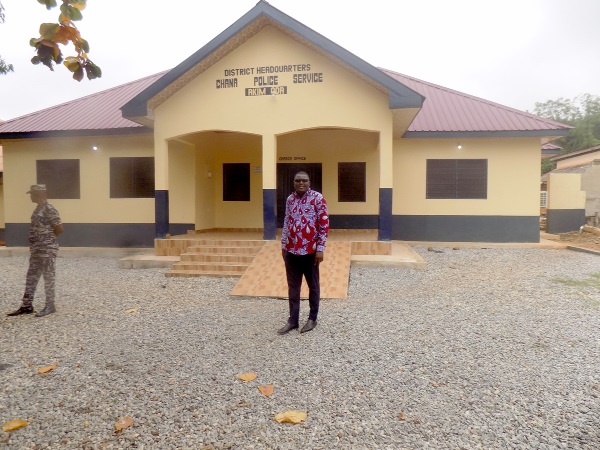 Ms Adu gave the promise that the Nana Addo Dankwa Akufo-Addo-led New Patriotic Party government would continue to provide the various communities with viable development projects to raise the quality of life of the people.

The Oda Divisional Police Commander, Assistant Commissioner of Police (ACP) Mr. F. S. Adikah, who received the keys to the facility, was full of praise for the assembly for giving them an ultra-modern police station.

He urged his staff to work hard to justify the huge investment made on the facility.

Mr Adikah later handed over the keys to the facility to the Oda Municipal Police Commander, Chief Superintendent Daniel Amoako.

Mr Amoako also thanked the assembly for the provision of the facility which had brought great relief to the police personnel as well as the remand prisoners.