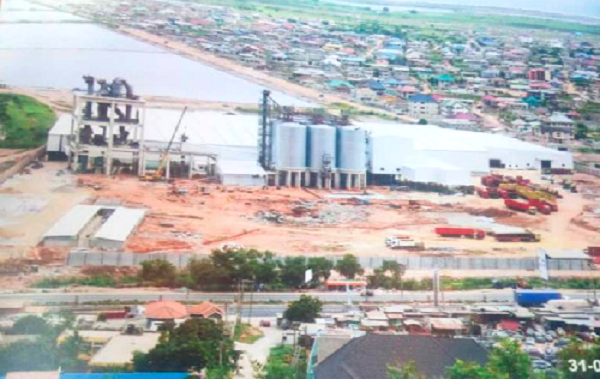 Residents of McCarthy Hill near Accra have not given up on their legal quest to stop a cement company - Empire Cement Ghana Limited from constructing a cement factory in the area.

The residents under the auspices of the McCarthy Hill Residents Association, has filed a new suit at the Accra High Court barely a week after discontinuing a suit challenging the siting of the factory in the area.

The residents filed the new suit on October 18, at the Accra High Court.

Apart from Empire Cement Ghana Limited, the Environmental Protection Agency (EPA), has also been joined to the suit as a defendant.

Case of the residents

It is the contention of the residents that the factory posses a health hazard to them due to its close proximity to the Weija Dam, their source of drinking water.

Also, it is their case that the residents could be exposed to dust from the cement production which is harmful to their health.

“Plaintiff avers that scientific studies have demonstrated linkages between cement dust exposure, chronic impairment of lung function and respiratory symptoms in human population, that also cement dust irritates the skin, the mucous membrane of the eye and the respiratory system,” it said.

According to the residents, their were proof that the EPA had granted Empire Cement Ghana Limited permit, to produce cement bags and not cement.

“The first defendant (Empire Cement) rather installed equipment for the production of cement leading the second defendant(EPA) to withdraw an earlier permit granted first defendant to produce the cement bags.

The EPA also directed the first defendant to decommission all equipment, structures, machines and any facilities for the production of cement and stop all construction activities of the factory.

The EPA also slapped the first defendant with an administrative penalty of GH¢180,000 as required by law upon such violations,” the statement of case added.

It is the contention of the plaintiff that in spite of the directive from the EPA, Empire Cement Ghana Limited is still going ahead with the construction of the cement factory.

The residents are seeking a declaration from the court to the effect that the construction of the factory without the requisite permit, recourse to the environment , health concerns of the residents and wanton disregard for human life is illegal.

It is, therefore, seeking a perpetual injunction restraining Empire Cement Ghana Limited from carrying out the construction of the factory and manufacturing of cement or bagging of cement at McCarthy Hill area.

Another relief is an order restraining the EPA from going ahead to issue any permit whether partially or permanently to the first defendant to manufacture cement at McCarthy Hill and its environs.

The residents have also filed an interlocutory injunction seeking an order from the court to halt Empire Cement Limited from going ahead with the construction until the final determination of the suit.