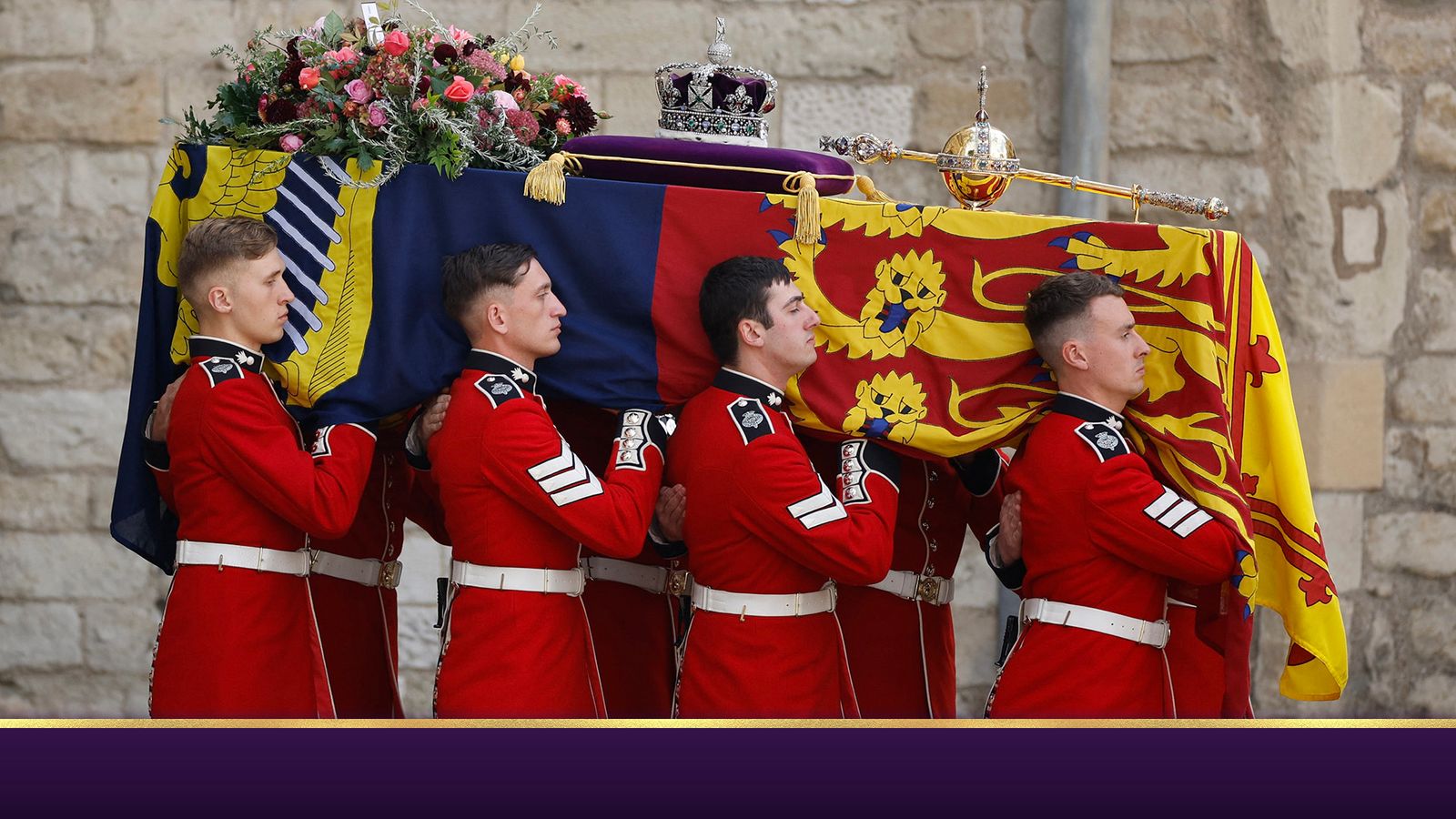 The funeral service of Queen Elizabeth II is being held today.

It comes after her coffin has been lying in state for the last four full days.

The service will brought together prominent world leaders with millions watching worldwide.

Queen Elizabeth II will be laid to rest next to her beloved husband after a day full of historic and personal significance.

The funeral service took place at Westminster Abbey with hundreds of thousands of people lining the streets to pay their respects.

You can watch our continuous coverage in the attached video below

Watch the live feed below:

The coffin was carried out of the Abbey and returned to the State Gun Carriage for another procession to Wellington Arch.

At Wellington Arch the coffin will be transferred from the gun carriage to the state hearse to travel to Windsor.

As the procession leaves the parade will give a royal salute and the national anthem will be played. The King and members of the Royal Family will then leave for Windsor.

People are expected to line the route out of central London along Great West Road, past Heathrow Airport and through Staines before reaching Windsor.