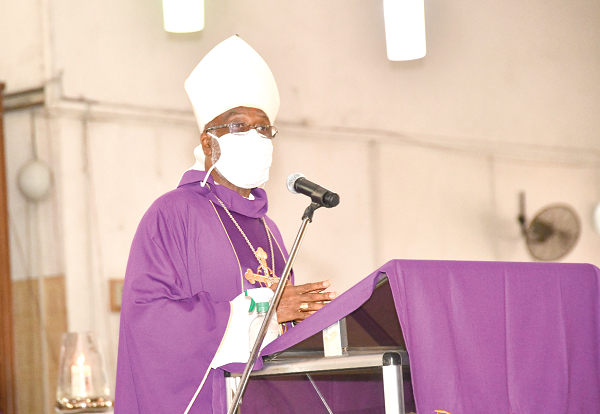 The Vice-President of the Ghana Catholic Bishops Conference (GCBC), the Most Rev. Charles Gabriel Palmer-Buckle, has called on Ghanaians to conscientiously work towards imbibing the virtues of probity, accountability and transparency in whatever they do, as advocated by the late former President Jerry John Rawlings.

According to him, upholding those virtues would be the worthiest legacy of the former President.

He was delivering the homily at a Requiem Mass at the Holy Spirit Cathedral in Accra to start a four-day national funeral for the late Rawlings.

“Now is the time to look with different and unbiased eyes at his personal crusade of probity, accountability and transparency.

“Let us take hold today, in the presence of God, to work conscientiously to establish these virtues of probity, accountability and transparency in our own individual lives and in the social and political life and service of our country Ghana.

“This will be the worthiest legacy and embodiment we can build to his name and for posterity, not to forget that once there lived a man, Flt Lt Jerry John Rawlings, who abhorred unrighteousness and tried to sanitise the country,” the Most Rev. Palmer-Buckle said.

The Requiem Mass was held under strict coronavirus disease (COVID-19) etiquettes that involved the wearing of face masks, handwashing with soap, use of sanitiser and the checking of temperature.

Others included members of the Diplomatic Corps, former ministers of state in the Rawlings regime and a host of other dignitaries. 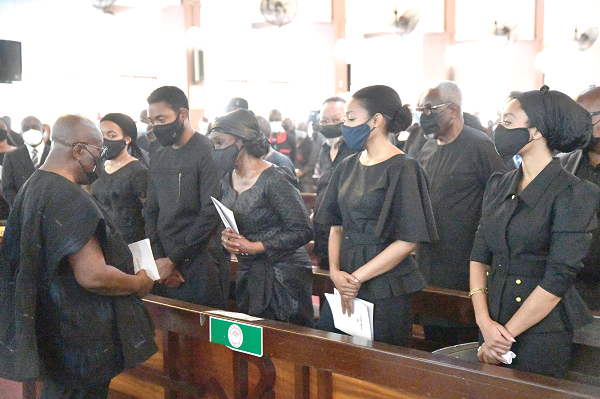 The Most Rev. Palmer-Buckle, who is also the Catholic Archbishop of Cape Coast, also asked the people to thank God for the gift of Rawlings, the first President of the Fourth Republic, saying with his death, a great tree had, indeed, fallen and a new dawn arisen — the post-Rawlings era.

“A great tree has fallen; a mighty tree, indeed, has been uprooted by the wind. God, in His eternal wisdom, gave us the grace to meet and live with Rawlings for all that he was.

“Let us never forget that it was God who, in his unfathomable wisdom, gave this man as a husband, friend, Head of State and President of Ghana. Let us be grateful for this gift,” he said.

“Ours now is to forgive, if any. For now is the time to leave judgement to the Lord,” he added.

The Most Rev. Palmer-Buckle prayed for God’s comfort for the Agyeman, Rawlings, Agbotui and allied families.