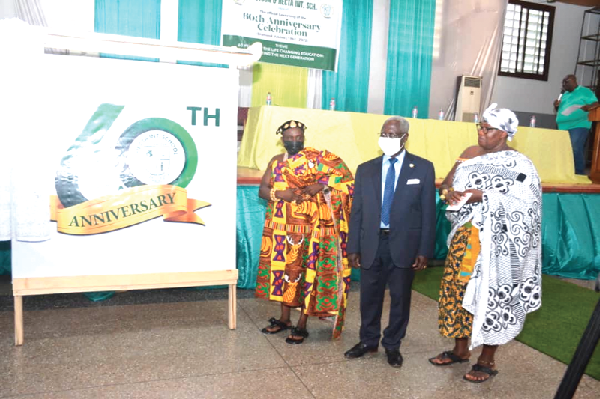 As part of plans to celebrate the Diamond Jubilee of the Hecta International School in the Eastern Region of Ghana, the Old Students Association (HECTOSA), has launched an initiative to raise GH¢ 300,000 to build a modern toilet facility for the school.

The occasion which was on the theme, “60 years of life changing education: Impacting the next generation,” brought together some government officials, management of the school and several members of HECTOSA.

Founded in 1962 by Gershon Aheto-Tsegah, the school now has a student population of about 1,200 from its humble beginnings of a handful of children from the Akyem Oda community and its environs.

The school has produced notable personalities with high social and professional status including the Managing Director of Citi FM/TV, the Air Vice Marshal, Fredrick Bekoe, among others.

Speaking as the guest of honour for the launch, the Senior Advisor to the President, Mr Yaw Osafo-Maafo, eulogised the founder of the school.

According to him, Gershon Aheto-Tsegah was a staunch educationist who cared about the academic progress of children.

The President of the HECTOSA, Mr Paul Victor Avudzivi, said the anniversary was meant for all old students who went through the discipline in that private school.

“In 1975, Hecta topped the whole Eastern Region in the Middle Schools Entrance Exams as the first private school” he recalled.

He called on all past students, home and abroad to donate towards the intended project which was meant to be inaugurated during the anniversary.

Speaking on behalf of the Aheto-Tsegah family, a former Ambassador of Ghana to Liberia, Mr Francis Tsegah, said the vision that anchored the school and its solid foundation had lasted for the past six decades.