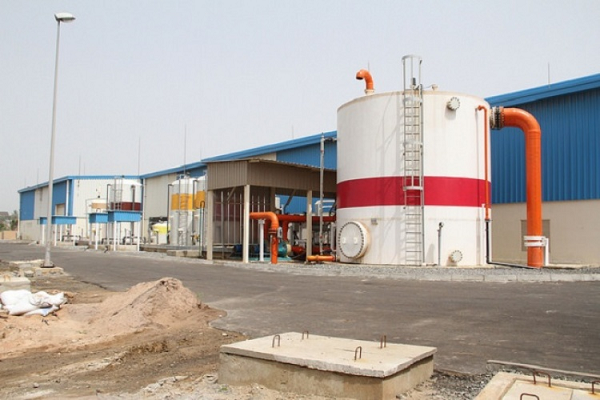 Four months after the closure of the Teshie Desalination Plant, a financial albatross still hangs on the neck of the Ghana Water Company Limited (GWCL) because it continues to pay  about  GH¢1.4 million as capacity charges to Befesa Desalination Development Ghana Limited, the entity which established the plant.

Under its build, operate and transfer (BOT) arrangement with the Befesa Desalination, the GWCL is obligated to pay GH¢1.4 million a month for a period of 25 years, whether the desalination plant is operational or shut down.

The government has, therefore, been called upon to buy the assets and liabilities of Befesa Desalination to save the GWCL from that huge financial burden.

At a press conference in Accra on Tuesday, the Africa Centre for Integrity and Development (ACID), an anti-corruption and good governance organisation, and the Concerned Citizens Association of Teshie described the current situation as a national challenge that ought to be given the much-needed attention.

A senior advisor of ACID, Mr Fred Agbagbli, who spoke for the organisation, said the earlier the government took immediate action to address the financial issues involved in the agreement between the GWCL and Befesa Desalination, the better it would be for the country.

“We learnt that the GWCL has sent a memoir to that effect to the Minister of Sanitation and Water Resources to be sent to the Cabinet. We call on President Nana Addo Dankwa Akufo-Addo and Cabinet to expedite action on the issue to save residents of this area and the country as a whole,” he said.

For his part, the Operational Director of ACID, Mr Issahaku Mohammed, said residents of the affected communities had not been supplied with water three times a week as the case ought to be.

“We cannot put the blame entirely on the GWCL because it has to supply water to other areas. That is why we want the government to act fast to stop the debts the company is incurring from the desalination project,” he said.

Meanwhile, the Public Relations Officer (PRO) of the GWCL, Mr Stanley Martey, has confirmed to the Daily Graphic that the company has been paying some GH¢1.4 million as part of the BOT arrangement with Befesa Desalination.

“This amount constitutes capacity charges that will have to be paid for a period of 25 years as part of the BOT module, whether we operate or shut the plant down,” he said.

He described the call on the government to buy the assets and liabilities of the desalination plant as a call in the right direction.

“If the government buys the assets and liabilities of the company, it will be better for us in terms of cost, because if we are controlling the plant ourselves, we can manage it well and decide when to operate it or shut it down without having to pay any charges,” he said.

Mr Martey, however, debunked allegations that the supply of water to residents of Teshie and its environs was not regular.

The Teshie Desalination Plant has remained shut since January 1, this year to allow for the renegotiation of the contract, said to be costing the government GH¢6 million a month in capacity charges and other expenses.

In 2011, the government awarded a contract to Befesa Desalination to establish the sea water treatment plant to produce quality water that would be distributed to residents through the pipelines of the GWCL.

The plant was to be built on a BOT basis and handed over to the GWCL after 25 years.