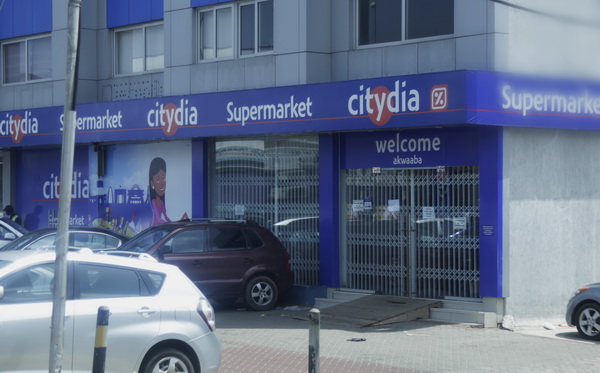 The Food and Drugs and Authority (FDA) has ordered the closure of all Citydia supermarkets in the country to allow for the immediate removal of all products labelled in Spanish and French.

The decision by the FDA is in response to the Daily Graphic publication of Monday, April 16, 2018 which drew attention to some supermarkets and mother care shops in Accra and its outskirts which are selling food and baby products labelled in Chinese and Spanish, in contravention of the law.

Responding to the Daily Graphic enquiries, an FDA official confirmed that the shops had been closed for the authority to investigate the retail chain but declined to give further comments.

On the China Mall, the Amelena Mothercare and other retail outlets and street hawkers contravening the law, the official said a market surveillance team had been sent out to deal with the issue.

During a visit to the Citydia Dzorwulu and Adabraka supermarkets yesterday, the Daily Graphic team observed that they had been closed as of 10 a.m.

However, by 2 p.m. the team observed that the Adabraka Citydia branch had been opened.

The team spotted a shopper walking out of the supermarket with a trolley.

A source close to the supermarket had told the Daily Graphic that if the company managed to complete the withdrawal of products with foreign labels, then it might be opened to shoppers.

According to the Daily Graphic publication, since some of the items might contain substances that could trigger allergic reactions, it was important for consumers to have full knowledge of their contents in a language they understood before patronising them.

During a visit to the central business district (CBD) of Accra last Monday, the Daily Graphic found that Amalena Mothercare, for example, had stocked baby cots that had Chinese manuals that might make it difficult to assemble the cots.

In some mothercare shops in the CBD, there were toys, baby wipes and diapers, all with Chinese labels.

Ghana Standards Authority (food, drugs and other goods) General Labeling Rules, 1992 (LI 1541) require that the labels of products, including food, shall be printed, impressed, embossed or stamped in the English Language.

Section 8.2 of the Food and Drugs Authority (FDA) Guidelines for the labelling of pre-packaged food also states that “if the language on the original label is not acceptable (not in English) to the consumer for whom it is intended, a supplementary label containing the mandatory information in English may be used instead of relabelling”.

It also states: “In the case of either labelling or a supplementary label, the mandatory information provided shall fully and accurately reflect that in the original label.”