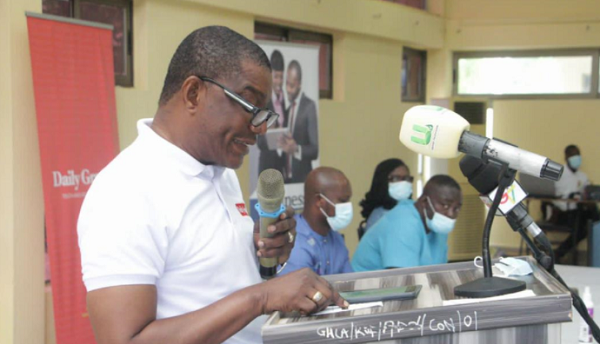 The Bono East Region will today take its turn in the Graphic/Zoomlion Sanitation Dialogue, an initiative to sensitise people to their civic responsibility of keeping their environment clean and desist from littering their surroundings.

The series were instituted as part of a national sanitation campaign launched by the Graphic Communications Group Limited (GCGL), and all the 16 regional capitals are taking turns to discuss and find solutions to the country’s sanitation challenges.

The dialogue in Techiman, scheduled to take place at the Bono Kyempim Hall at the Techiman Municipal Assembly, will be the eighth since it began.

It is expected to have in attendance heads of various decentralised departments, non-governmental organisations, traders and a cross-section of society who will discuss the challenges confronting effective waste management and propose solutions to them.

Techiman, the Bono East Regional capital, has one of the largest food markets in the West African sub-region.

As a vibrant town where all sorts of economic activities take place, people from all walks of life visit the town daily for their business transactions, as a result of which volumes of refuse are generated, which pose a challenge to officials of the municipality.

Ahead of the dialogue, Mr Donyina told the Daily Graphic that it would enable the assembly to thoroughly discuss sanitation problems in the town.

He called for attitudinal change among residents and urged the residents and visitors to play their roles by disposing of refuse at the designated places.

He commended the GCGL and Zoomlion for such a laudable programme and urged residents of Techiman to use the opportunity to be part of the initiative to contribute to efforts to ensure a clean regional capital.

Sponsored by Zoomlion, the campaign is also supported by the Environmental Service Providers Association (ESPA) and Mcvities.

The dialogue, which was launched in Accra, has so far been held in Kumasi, Koforidua, Ho, Dambai, Goaso and Sunyani.

Each dialogue is rounded off with a clean-up campaign.