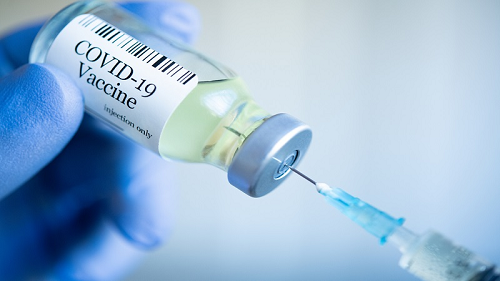 The single schedule vaccine was procured by the government through the AU-African Vaccine Acquisition Trust (AVAT) initiative.

It brings to 422,400 the doses of Johnson & Johnson vaccines received under the AVAT, including those from other sources.

In all, Ghana has taken delivery of 2,009,850 doses of COVID-19 vaccines, comprising AstraZeneca, Johnson & Johnson and Sputnik V.

The AVAT is an AU member countries purchasing facility instituted by the union to boost the continent’s access to COVID-19 vaccines on the global market.
Under the AVAT, AU member countries, including Ghana, have pooled resources to collectively purchase vaccines.

The AVAT, on March 28, 2021, signed a 220 million-dose purchase agreement with Johnson & Johnson, with the potential to order an additional 180 million.

A representative of the AVAT, Ms Ama Amoah, presented the vaccine to the Chief Director of the Ministry of Health, Mr Kwabena Boadu Oku-Afari, at the Kotoka International Airport.

Mr Oku-Afari said the consignment was the second batch of the Johnson & Johnson vaccine Ghana had taken delivery of, after the first consignment of 177,600 doses.

According to him, Ghana was expected to receive 16,918,749 doses of the vaccine under the AVAT, which would be carried out periodically.

He said the acquisition of vaccines was to cover some 20 million people as part of efforts by the government to achieve its target of 60 per cent herd immunity.

"We have all the while been receiving vaccine donations which have been so much helpful. But these ones under AVAT have been acquired with taxpayers’ money," he added.

Mr Oku-Afari further said the government also expected about 1.2 million doses of the Moderna vaccine from the US government to help vaccinate more people to reach a herd immunity of an initial 20 million people out of the about 30 million population.

He said it was for that reason that the national vaccine deployment plan (NVDP) for the COVID-19 was instituted.

Under the plan, the government, in February 2021, received an initial 600,000 doses of covishield AstraZeneca under a COVAX facility.

In March 2021, an additional 366,850 doses of the covishield AstraZeneca arrived, in addition to Russia’s Sputnik, which was donated by the United Arab Emirates.

And in May 2021, 350,000 doses of covishield AstraZeneca also arrived from the DRC under the COVAX facility.

The World Bank has estimated that the country will need a minimum of $180 million to procure vaccines that can cover 60 per cent of the population.