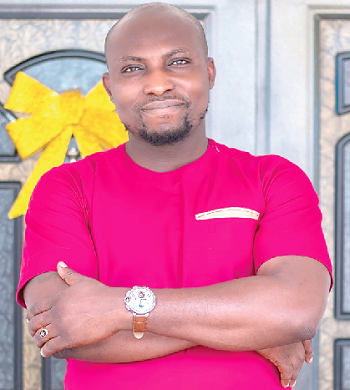 The Chief Executive Officer of Sani Group Limited, Lord Ibrahim Sani, has called on the government to protect estate developers against land litigation and the activities of land guards to help reduce the country’s housing deficit.

He said land litigation was among the major bottlenecks stifling growth in the housing sector and needed to be addressed urgently.

“The imperfect land system has resulted in multiple sale of lands and has also brought about the phenomenon of land guards which has slowed down the growth in the housing sector,” he said.

Lord Sani, a Ghanaian resident in the United Kingdom (UK) with vast interests in the real estate sectors in the UK, Ghana and other West African countries, said this in an interview with the Daily Graphic via Zoom on how to reduce the gap in the country’s housing sector which is about two million housing units.

He said land purchase in the country was not straightforward because there were no organised systems of acquisition. As a result, he said, information was not readily available about land ownership to help guide prospective land developers.

“The legal and administrative systems for transferring titles are problematic and are having serious repercussions on housing supply, which is also why property transactions are slow and costly and also the reason financial institutions are unwilling to extend credit to property holders without a clear title,” he said.

To help reverse the situation, he said the government must begin streamlining the land tenure system by implementing the Land Administration Project (LAP) properly to help create a reliable system for the sale and purchase of land in the country.

He said the government must also consider providing lands from the country’s land banks to developers who show interest in investing in affordable housing projects for the masses.

Beyond land litigation, Mr Sani said the lack of continuity of public-financed housing projects such as the affordable housing projects, due to change of governments, had led to the abandonment of prospective projects that could have helped address housing needs in the country.

“It is true that our democracy has deepened over the years, especially under the Fourth Republic, with successful change of power from one government to the other but that too has contributed to the abandonment of projects started by previous governments and this has also been a major setback in addressing the country’s housing needs.