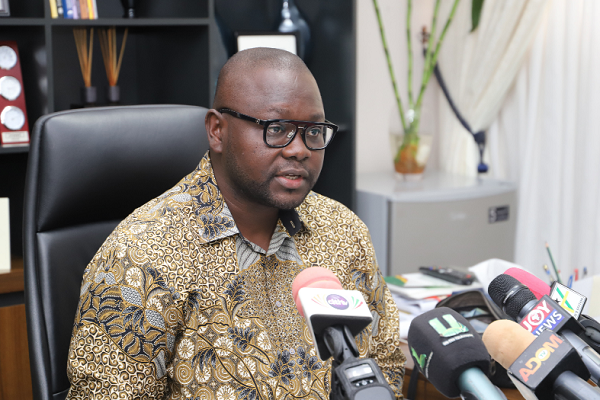 The Ministry of Works and Housing is engaging the Ministry of Finance to raise funds for the implementation of the second phase of the Blekusu Coastal Protection Project.

Covering a stretch of eight kilometres, the second phase involves the construction of 37 armour rock groynes, with land reclamation, to protect the coastal stretch.

At a press briefing yesterday, the Minister of Works and Housing, Mr Francis Asenso-Boakye, gave the assurance that everything would be done to protect lives and property along the coastal areas.

The press briefing followed a looming humanitarian crisis in the Anloga District and Ketu South Municipality in the Volta Region where more than 15 communities have been hit by tidal waves, displacing over 3,000 people.

Schools, houses, roads, farms, a health centre and a guest house called Meet Me There African Home Lodge have been submerged.

Mr Asenso-Boakye said when completed, the project would ensure the total protection of the people of the affected communities that continued to bear the brunt of this seasonal disasters.

He said the phase two of the project would protect the beaches and their environs against encroachment by the sea, arrest the current environmental deterioration, mitigate the social and economic consequences of beach erosion, and strengthen the economic and production base of the area through enhanced fishing activities.

“While government makes all the necessary efforts to avert these unfortunate perennial occurrences, I wish to appeal to our coastal residents to avoid any practices that expose them to the vagaries of the rising sea levels.

“There have been reported cases of sand winning, uprooting of mangrove along the coastal stretch, etc.

The investments by government cannot yield the needed protection if people continue to engage in such practices,” he said.

At Anyanui, tomato and cassava farms were destroyed, a situation likely to affect agricultural production in the area.

The Meet Me There African home lodge at Agbledomi submerged

The incident occurred at about 4 a.m. last Sunday, forcing many of the residents to vacate their homes to safe grounds.

Speaking to the Daily Graphic, the Assembly Member of Agbledomi, Mr Jasper Agbanator, described the situation as devastating and shocking as the people were taken by surprise.

He appealed to the government to extend the construction of sea defence walls to the affected areas.

"The rising sea and strong waves have misplaced so many homes along the coast, and it is a very serious situation that we find ourselves in. 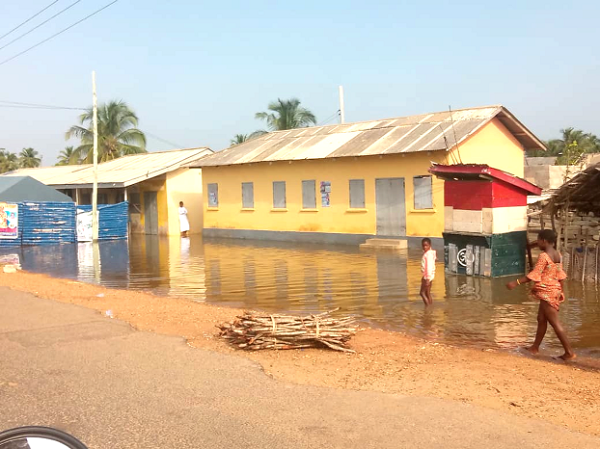 A flooded health centre at Dzita

"The people no longer have homes, farms and their kitchen and economic activities have been destroyed,” he stated.

Some residents, who spoke to the Daily Graphic, expressed fears that such a situation could in future cause casualties if it occurred in the night.

They called for assistance from the National Disaster Management Organisation (NADMO), non-governmental organisations (NGOs), individuals and other philanthropists to rehabilitate the affected persons.

Officials from the district NADMO office have visited parts of the affected area to assess the situation.

They assured the people that they would visit the affected houses to take stock of what had been lost for swift response.

A resident, Dr Olympio Attipoe, told the Daily Graphic that “the tidal waves are perennial and not new to the Keta coastline, but the damage this year has been heavy“.

One of the affected houses at Dzita

During an interaction with some of the affected residents, the Keta Municipal Chief Executive (MCE ), Mr Emmanuel Gemegah, gave the assurance that the assembly would ensure the protection of lives and livelihoods in the communities.

"I must also say that our doors are opened to philanthropists who may be willing to support us in rescuing the affected people," he stated.