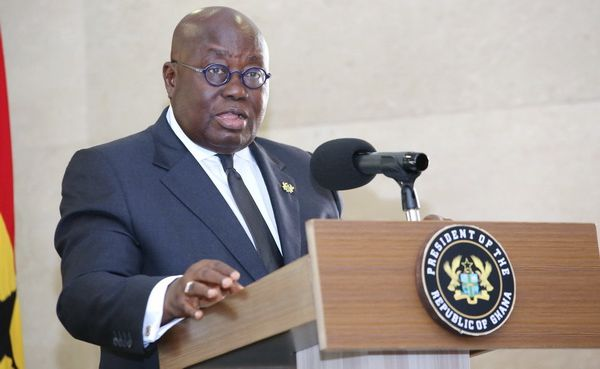 This is in line with Article Four of the Paris Agreement and United Nations Framework Convention on Climate Change (UNFCCC) decisions.

Ghana's submission of the NDCs followed the Cabinet's approval of the document.

The update affirms the country's resolve to address the impact of climate change on the country's economy and its vulnerable people.

It covers 19 policy areas and translates into 47 adaptation and mitigation programmes of action.

President Nana Addo Dankwa Akufo-Addo, in a foreword, noted that the country believed that if no rapid action was taken to address climate change and its negative impact now, the future cost would be prohibitive and counter-productive to the socio-economic gains made today.

He, therefore, said responding to climate change issues was top of the national development agenda.

"In line with Article Four of the Paris Agreement and UNFCCC decisions 1/CP.21 and 4/CMA.1, Ghana has updated its nationally determined contribution under the Paris Agreement from 2020-2030, considering its unique circumstances,” the President said.

According to the foreword, the updated NDCs were based on extensive stakeholder consultations with relevant institutions at national and sub-national levels, with the involvement of ministries, departments and agencies; metropolitan, municipal and district assemblies, development partners, the private sector, academia and civil society organisations.

He expressed the hope that the NDCs would serve as a blueprint for transitioning into a climate-resilient, low carbon economy that would accelerate the country's development efforts.